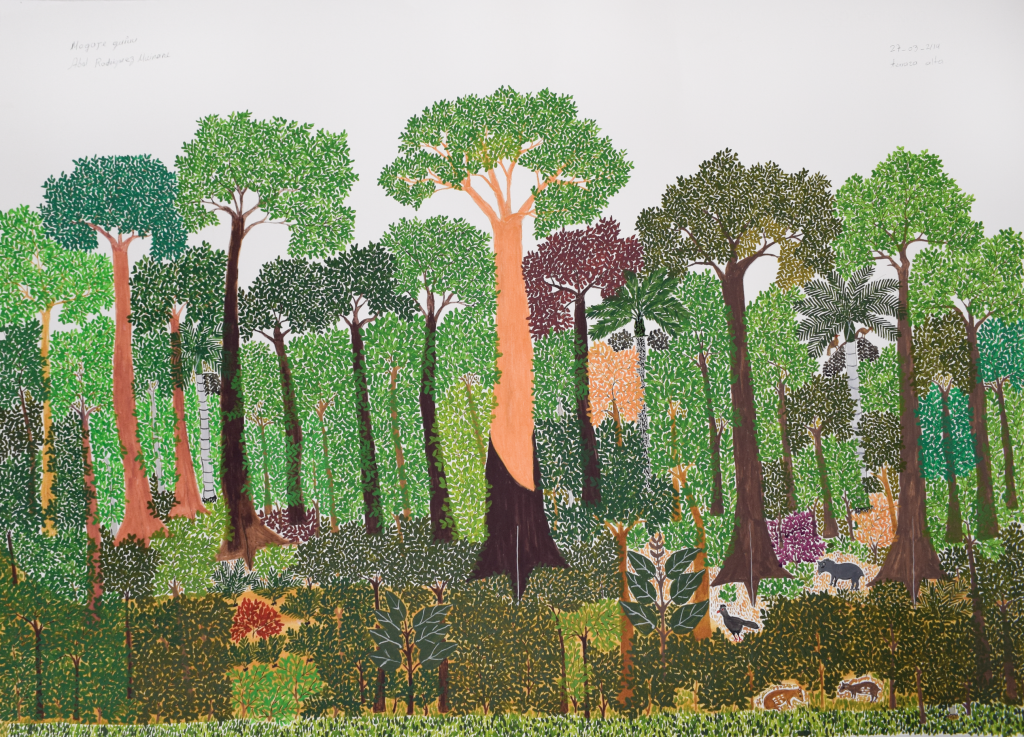 “Guihu,” as Abel Rodríguez  was originally known, was born in the headwaters of the Cahuinarí River in the Colombian Amazon, and raised by the Muinane. His uncle, a sabedor (man of knowledge) taught him about plants. Years later, Carlos Rodríguez (a biologist who heads the Colombian branch of Tropenbos, a Dutch NGO whose mission is to study and protect the tropical jungle) needed local guides to assist Amazonian botany students to identify local plants. Guihu became one such guide, and he proved to be a true savant.

In the 1990s, Guihu—who by then had adopted the Western name Abel Rodríguez—moved to Bogotá, escaping violence in the jungle, and settled in one of the Colombian capital’s poverty-ridden peripheral neighborhoods. It was there that Carlos Rodríguez stumbled by chance into Abel and invited him to work again with Tropenbos as a specialist in plants, providing him with the tools to create botanical drawings.