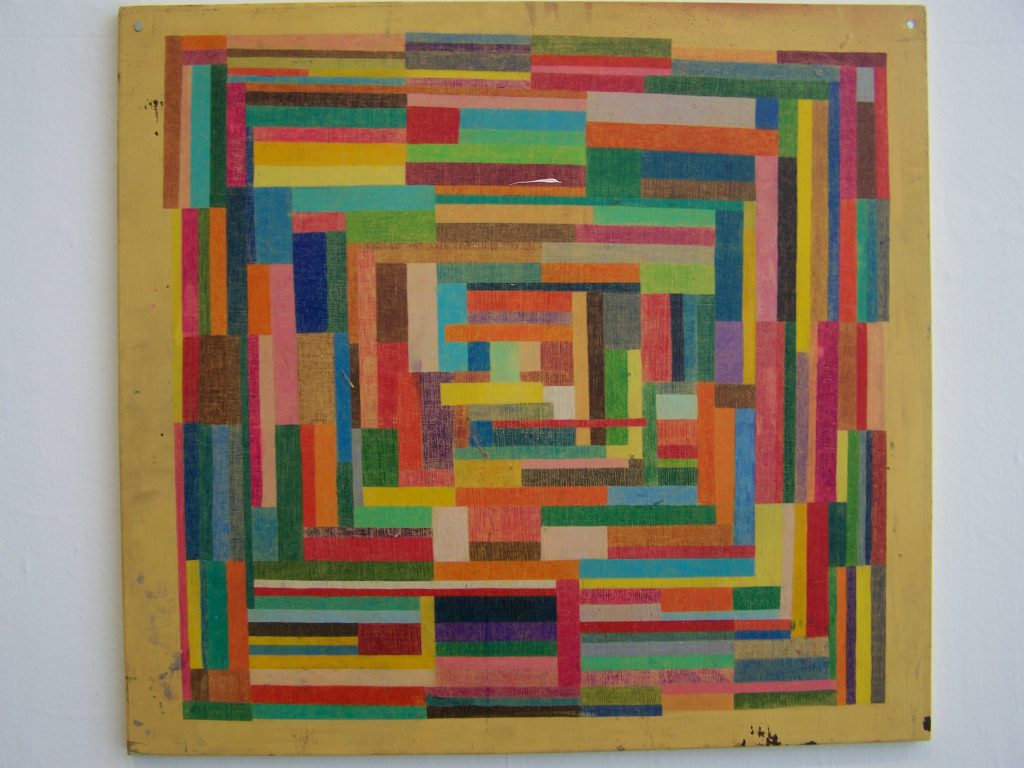 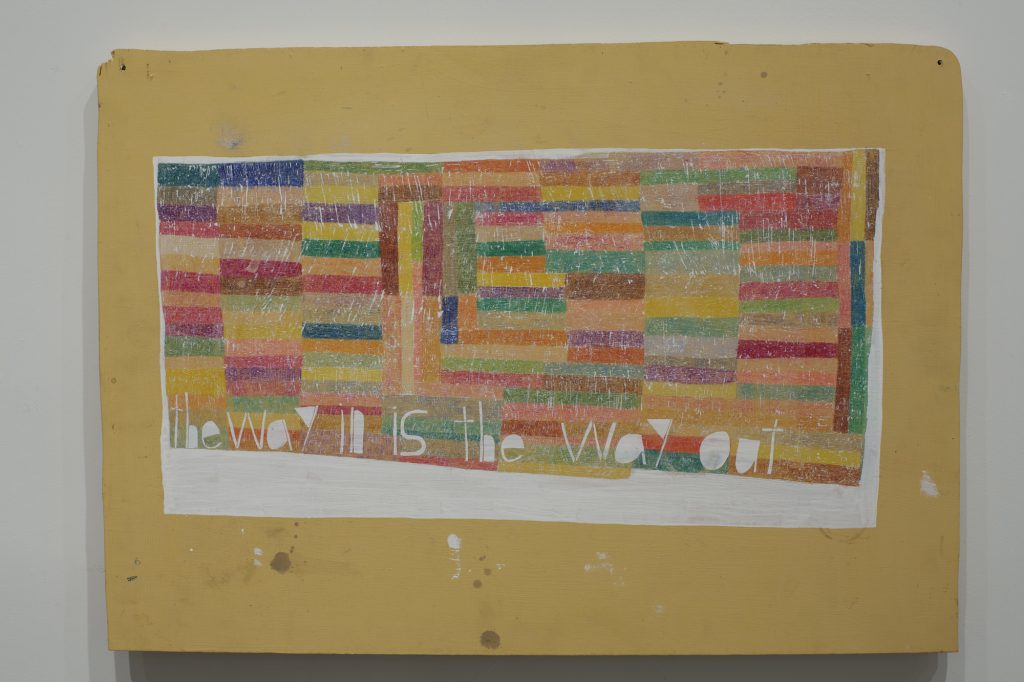 Untitled (The way in is the way out) 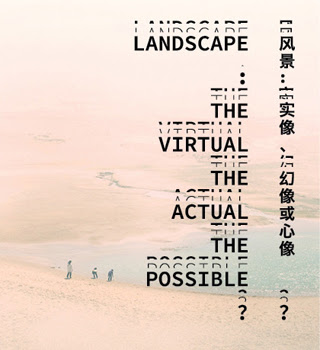 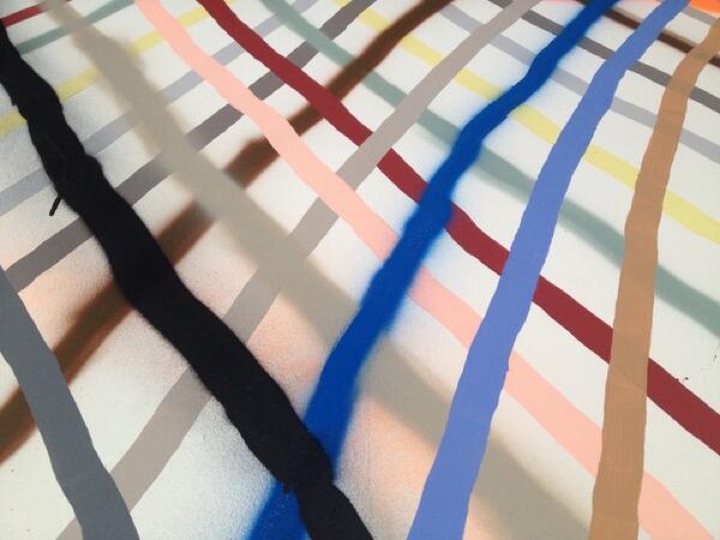 San Francisco-based Alicia McCarthy graduated from the San Francisco Art Institute in the late 1990s and later pursued an MFA at UC Berkeley. She is now considered part of the first generation of “Mission School” artists, alongside Barry McGee, Rubi Neri, and Rigo23. McCarthy’s early work was largely associated with collective practices, graffiti art, and San Francisco’s active queer punk scene. In line with a trend that rejects the use of consumer goods, McCarthy’s paintings often begin with found materials such as discarded wood panels, on which she paints and draws with acrylic, latex, graphite, or crayon.

Biography
Born 1969, USA
Programs
Landscape: the virtual, the actual, the possible?
Untitled (for Kadist only) by Alicia McCarthy