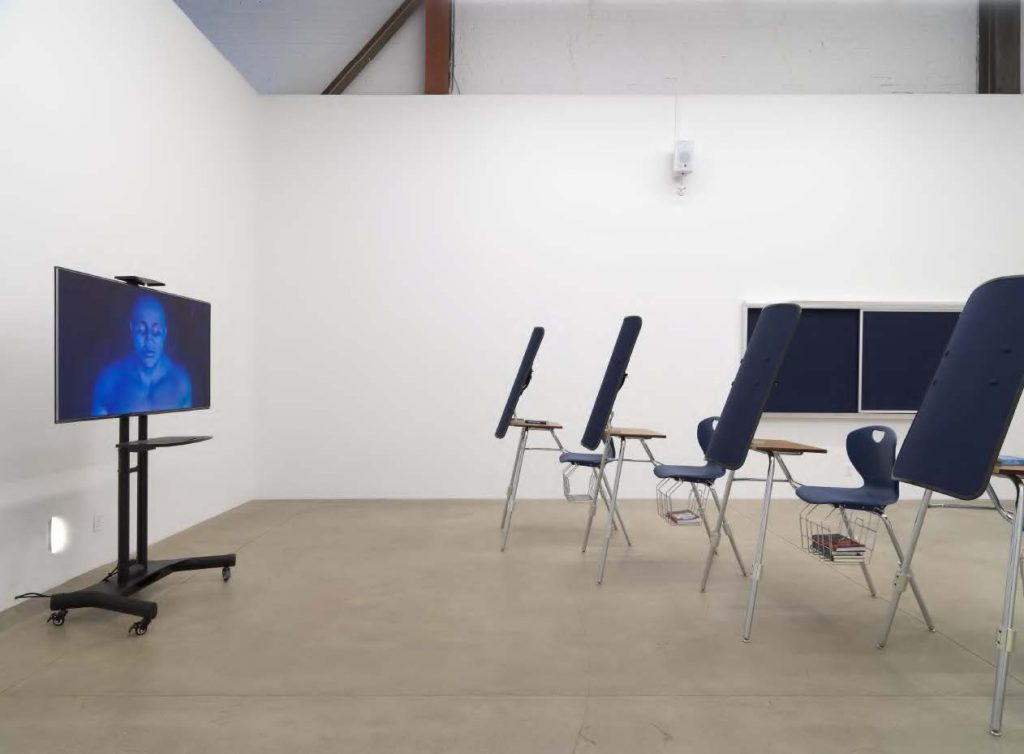 I Am Blue, 1
American Artist

American Artist had their name legally changed for multiple reasons; however, the idea that they chose to generalize their name so as to confuse their identity is itself a comment on identity and its related privileges, and conversely, its disenfranchisements. It could be said that this camouflage, or form of “passing”–visually American Artist would be read as a member of a traditionally marginalized group in the United States–doubles the effect of this work’s play with ideas of shields and cover. A graduate of the Whitney Independent Study Program, their work has been recently featured at The Kitchen in New York, and Savvy Contemporary, in Berlin.