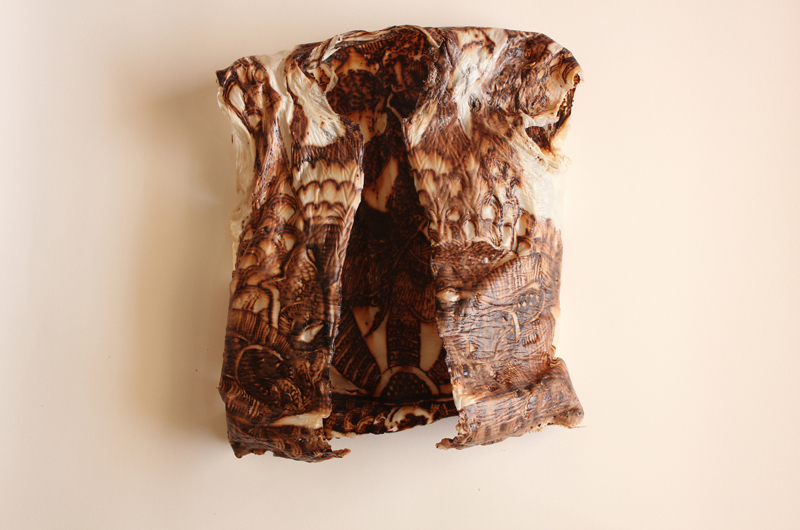 Amol Patil was born in 1987 in Bombay where he lives and works.

Interested in vernacular theater and performance, Amol Patil works within family tradition: his grandfather was an interpreter and a poet (Powada Shahir, a troubadour telling epic stories as he went from one village to another); and his father was an avant-garde playwright, who addressed issues, such as the devastating effects of immigration and its traumas through absurd situations in his plays. Patil, and before him, his family, has considered art as a method of resistance. He criticizes the nihilism of youth and highlights the bad influence of big economic firms aiming at the most disfavored. He explores the desires generated by fashion and media, drawing out the imposture related to the development of malls and of Bollywood films.
Using different media, Patil’s work is constructed on a series of overlapping memories, references and protests. Certain works are related to his performances, in which he mixes almost unknown village customs, social theater and social economic comments.