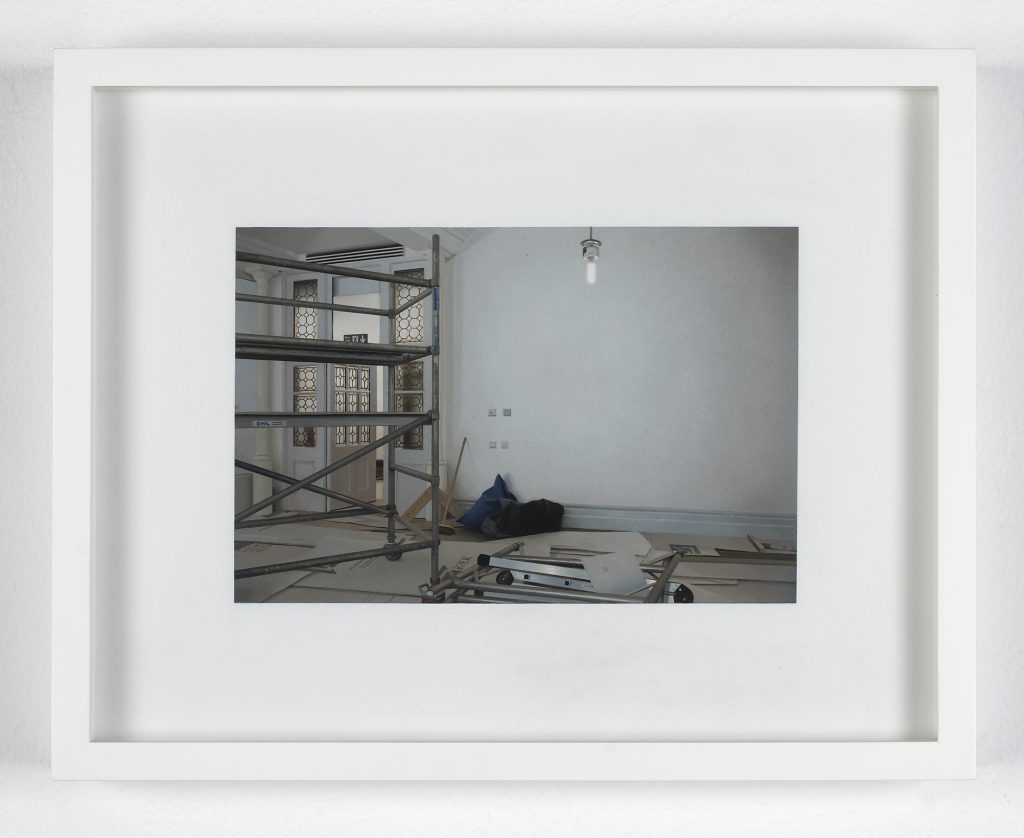 After the Archive Collections Room

The hyper-realistic paintings of Andrew Grassie combine know-how and classic technique with a conceptual approach. “Painting as document” as the artist suggests consists of exhibition or studio views that are photographed and maintain their same scale. The question of the exhibition, the choice of works, and their hanging appears central to Andrew Grassie who like a curator creates protocols to create his series. In “Group Show” (2003), he assembles a group of works, photographs them one by one, and uses the photographic support putting as a matrix for further paintings.  The exhibition only exists through this final painting, like in his other project “Tate New Hang” (2004-05) which shows points of view of the hanging of the collection, later to be realized to be in painting. The paintings are hung in the location suggested by the terms described.

Andrew Grassie was born in 1966 in Edinburgh, UK. He lives and works in London.