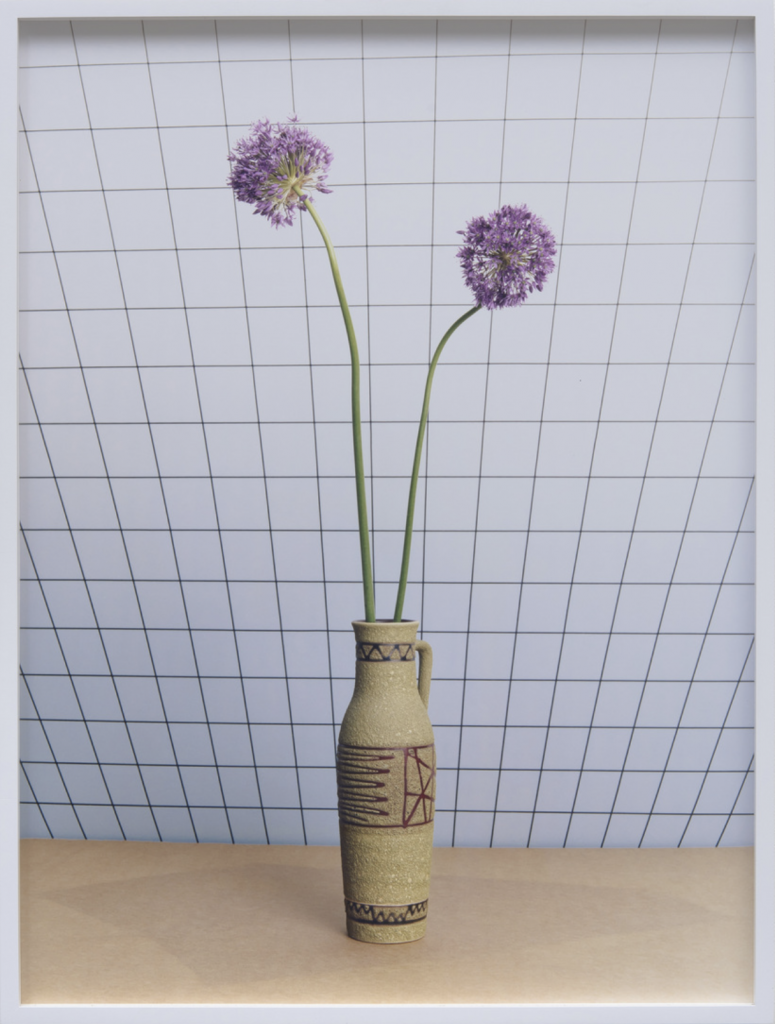 Using a conceptually-oriented model of photography, German artist Annette Kelm explores objects and the surrounding nexus of human-driven relations that govern their existence, signification, and function. Her photographs explore systemic structures of capital and history by juxtaposing  disparate genres, such as patterned textiles, designed objects, and technology, within a single work. The clashing motifs of these still life compositions sketch out richly contradictory and cross-cultural narratives, while subverting the stylistic conventions of normative photographic advertisements. Kelm often feature a single, vaguely familiar object, which she renders using a direct and realistic style that oscillates between genres, such as documentary and advertising. She makes series revolving around these objects, pressing the relationship between photography and sculpture—her work moves between the creation of images and the recording of a staged object or objects—in order to unfold her subject’s social, economic, and cultural context.