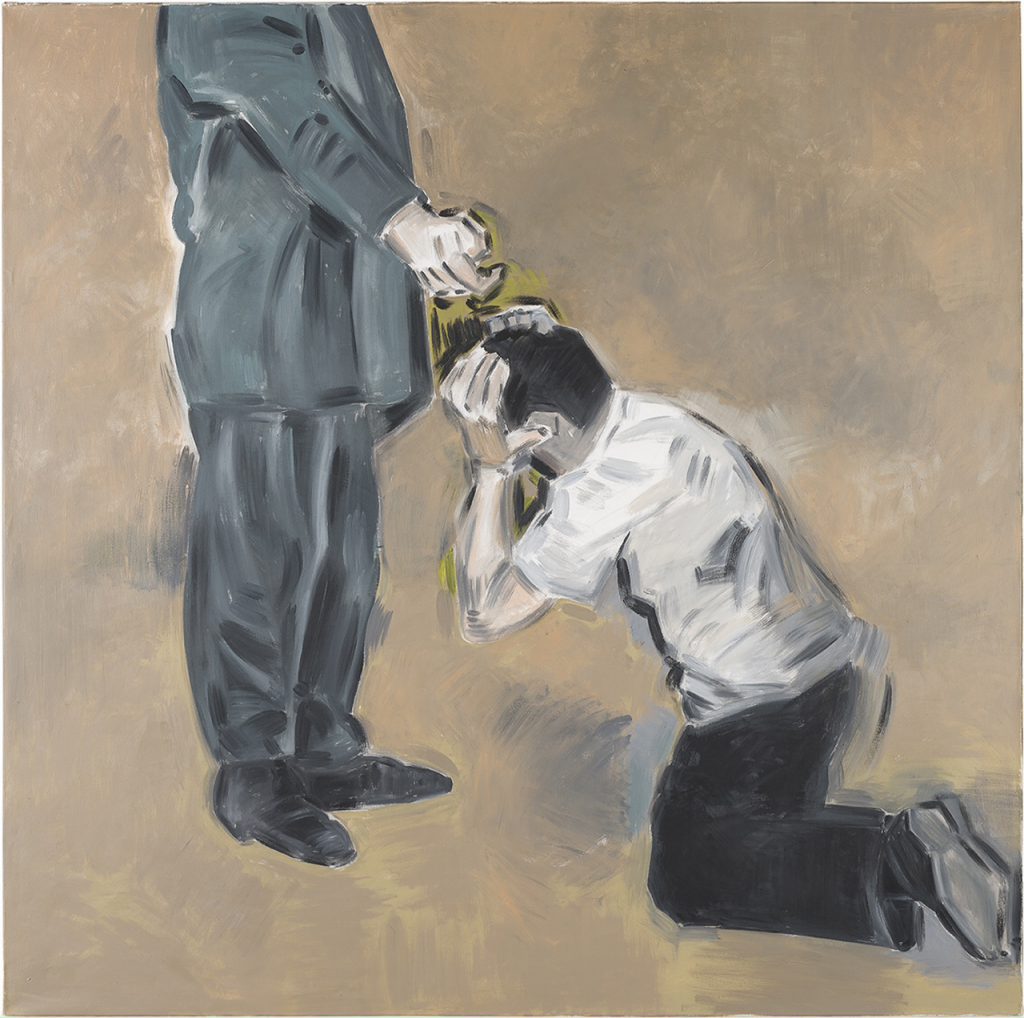 The oeuvre of Greek artist Apostolos Georgiou is realized by bold and mastered brush strokes. The figurative work does not dwell on details, his characters have modestly composed faces but their expressions are vividly present, offering multiple interpretations of each painting. The scenes depicted are both timeless and contemporary. There are many men, Westerners in costume who seem to be searching. Situations are never explicit and are often absurd. These men are embarrassed. One is almost in scenes of drama of a tragi-comic genre. The compositions of his paintings are large, inviting the viewer to plunge into the scene.
This work is an oeuvre of modern man, one who tries to escape the feeling of anxiety and solitude caused by the incomprehension of the surrounding environment. The maelstrom of the financial and climatic crisis, wars, and population displacements is continuously and aggressively pushed by mass media, and it is through this that we can witness a man lost, submissive or fleeing his fate. The work of Apostolos Georgiou is unescapably political. He states: “The way we read art makes it political or not […] A painting must have the tension to provoke us to look at it; to wake us up from a state of indifference. Then the rest will come” (Frieze magazine, 2014).