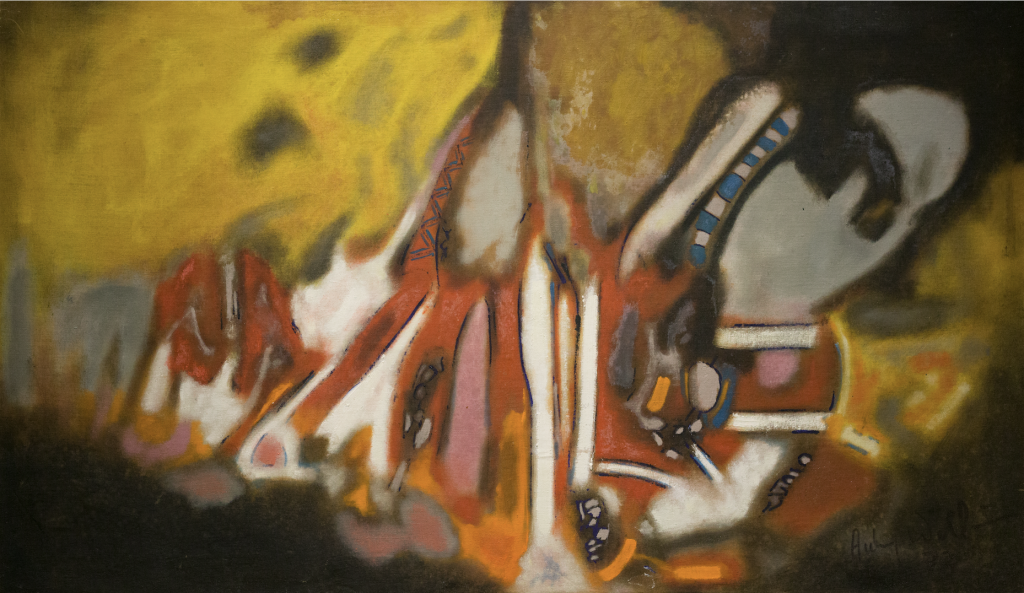 Brought up in Guyana, Aubrey Williams (1926 -1990) was one of the founding members of the Working People’s Art Group, while at the same time working as an agricultural officer in the field during the period of British colonization in Guyana. He was sent to the jungle to live with the Warrau tribe and this had a profound impact on him and his practice as an artist. The artifacts that he came into contact with, made in secret for fear of being found out by missionary priests, were totemic, and colored with intense natural tones. Williams arrived in London in 1952 as part of the Windrush generation. He went to St Martin’s School of Art and was exposed to the German Expressionists at Marlborough Gallery and the Abstract Expressionists at the Tate and Whitechapel Galleries. While his early exhibitions were greeted with interest, he was soon marginalized by critics and art historians. It was only in 1989, when a series of his works were shown as part of the exhibition “The Other Story” at the Hayward Gallery that he and his fellow black artists emerged from the shadows of a discriminatory history. Williams is now regarded as one of the most important British artists of his generation. Working between abstraction and figuration, his paintings resonate with his own culture while also engaging with Western Modernism.