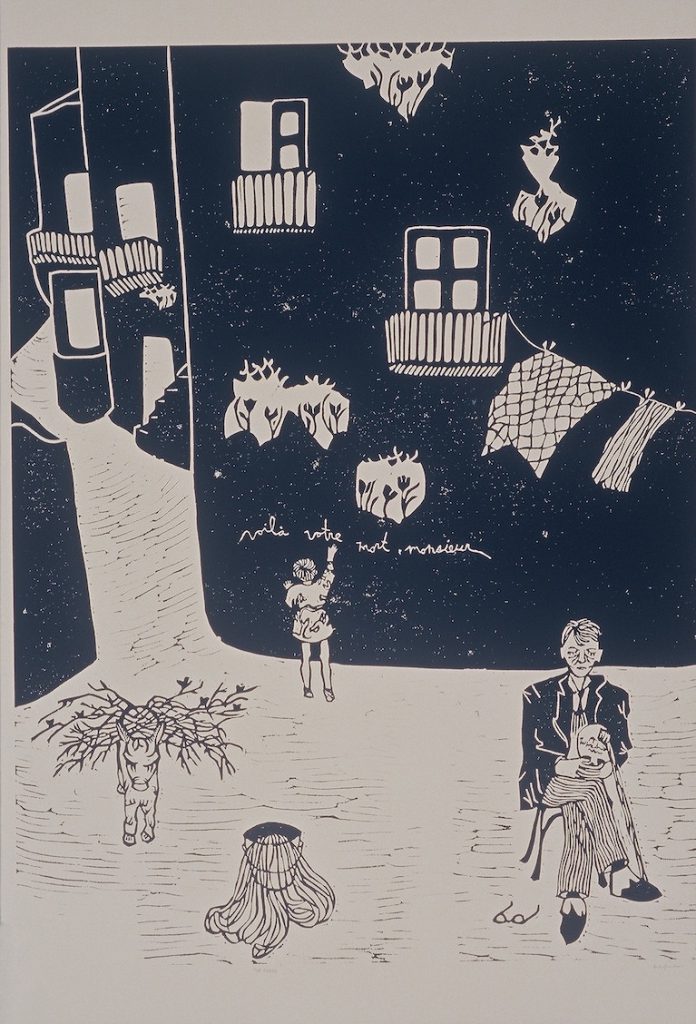 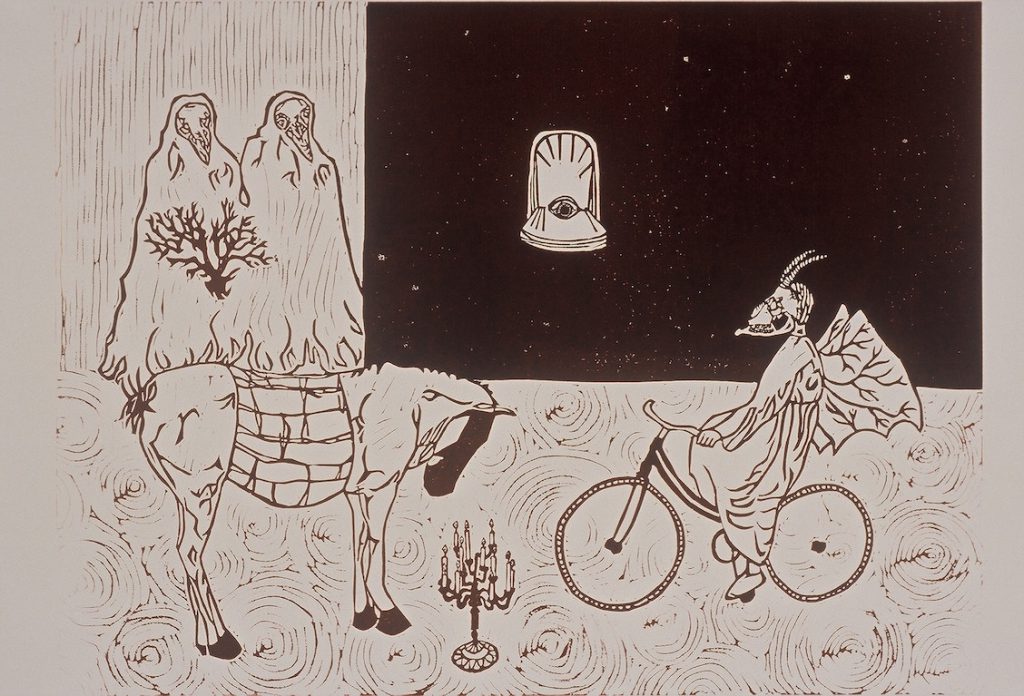 Based in San Francisco, Audra Knutson is known for her delicate and intricate works that depict elements from nature as well as scenes and objects from the everyday. Working across printmaking, letterpress printing, bookbinding, painting, drawing, metalsmithing and weaving, her compositions fluctuate between figuration and abstraction and have a distinctive style that considers in equal parts the objects that she depicts as well as the space that surrounds them. In several of her compositions, white, empty areas surround and emphasize vibrant zones of organic geometry, patterns, textures and color. Often suggesting natural formations — from plants and animals to salt crystals, mountains, and rolling waves — Knutson’s works speak of her connection to the natural world. Although some pieces originate from her observation of her surrounds, Knutson also leans on and depicts images and knowledge from books and other artists. Several of her works are interrelated and presented as series, and often elements and ideas interplay and weave between series as well as between bodies of work.