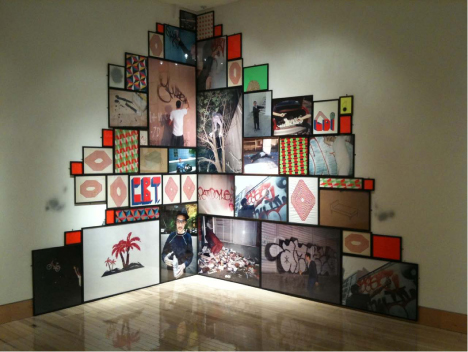 San Francisco-based artist Barry McGee graduated from the San Francisco Art Institute in 1991 with a concentration in painting and printmaking and is considered a central figure in the Mission School movement. His work is heavily influenced by graffiti, comic books, skateboard culture, green culture, and social activism and usually reflects, with a pessimistic view, upon the urban environment that surrounds him. McGee’s large-scale painting installations often take a particular iconography in which a background of abstract, acid-colored patterns is overlayed with text and figures.