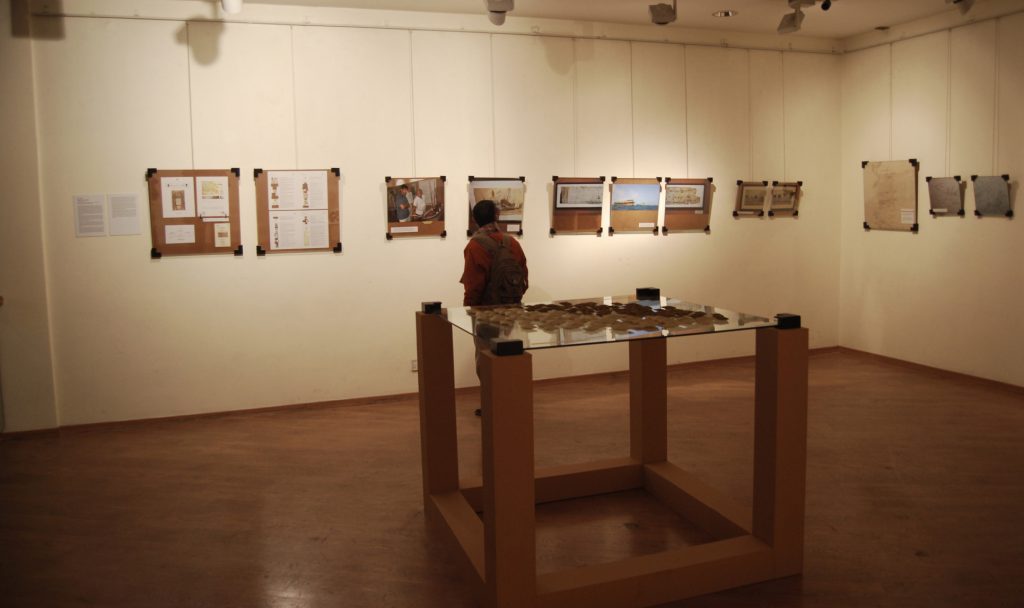 The Annotated “Gujarat and the Sea” Exhibition

CAMP is an artistic collective that started working as a group in 2007, initially consisting of Shaina Anand (filmmaker and artist), Sanjay Bhangar (software programmer) and Ashok Sukumaran (architect and artist).
« CAMP’s “raison d’être” is that it produces and sustains long duration and sometimes large-scale artistic work. Its projects over the past five years have shown how deep technical experimentation and artistic form can meet. »

CAMP is also committed within the video and film worlds through larger projects such as Pad.ma (Public Acces Digital Media Archive: an ongoing online archival project, centered around video as a medium of documentation, collection, argumentation and exchange), fellowships for young filmmakers, an Indian cinema archive, and their own screening program organized on their roof top terrace in Bombay.

Collection Artworks
The Annotated “Gujarat and the Sea” Exhibition