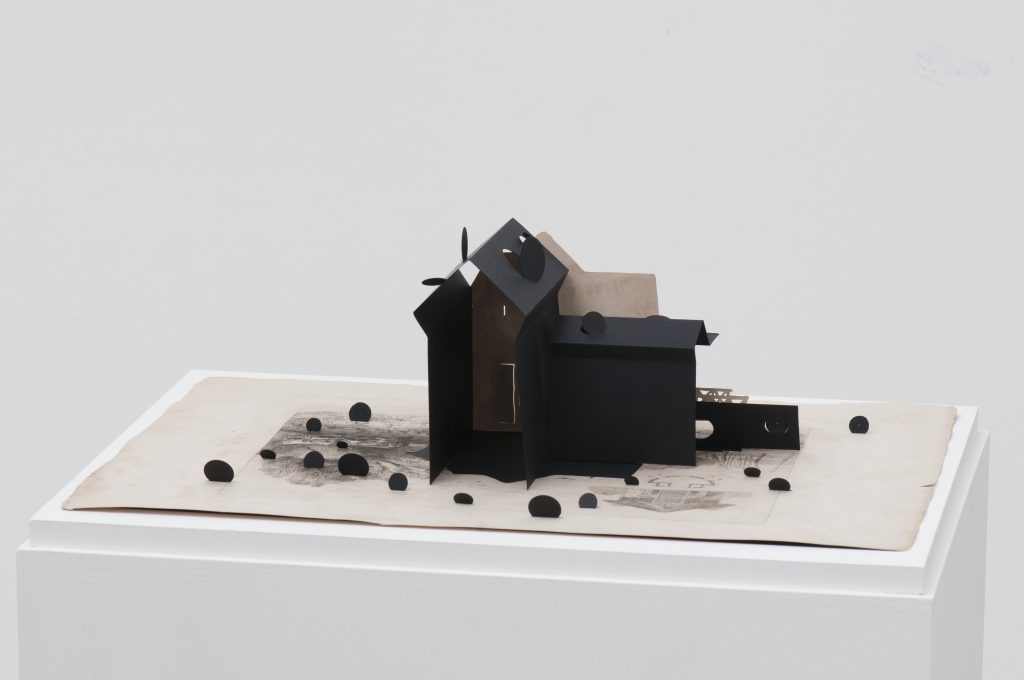 From the series the Old and the New (XI)
Carlos Garaicoa

Like many other Latin American artists in the Kadist Collection, Cuban-born Carlos Garaicoa’s conceptual works look at architecture as a palpable indicator of the region’s socio-political and cultural histories. Working since the early 1990s in a wide range of media that includes sculpture, drawing, video, and photography, Garaicoa explores architectural forms and urban landscape aiming to reveal the multiple facets of the modern project’s failure in the Latin American context. His work is influenced in particular from growing up in Havana, a socialist city where unfulfilled utopias meet the traces of an oligarchic past in every building’s facade.

Biography
Born 1967, Cuba
Collection Artworks
From the series the Old and the New (XI)