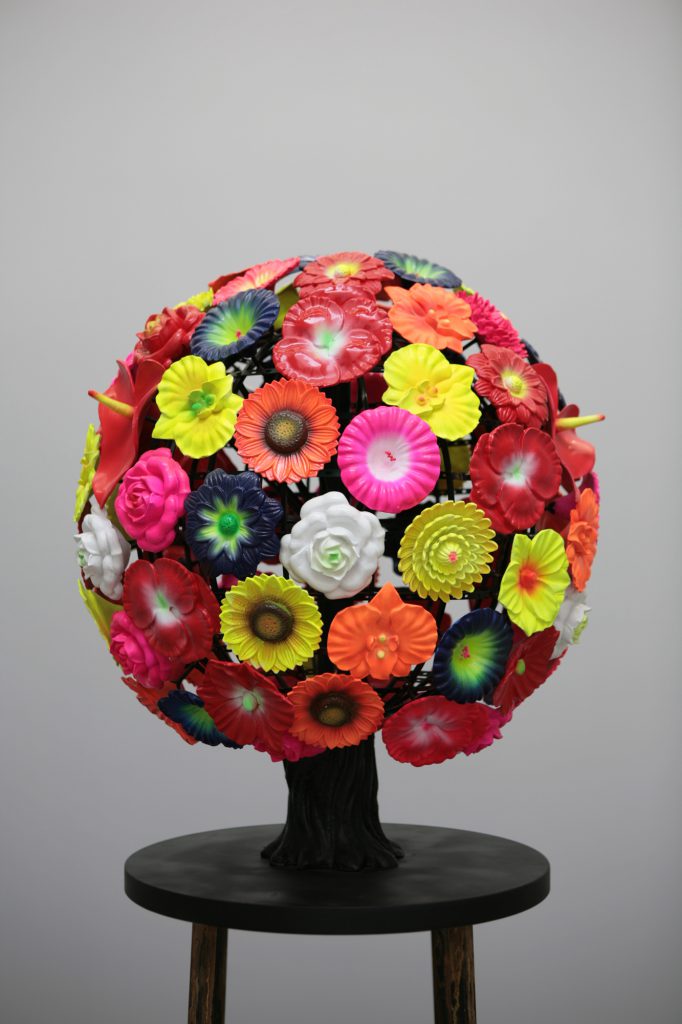 Using a broad range of media and materials including video, moulded plastic, inflatable fabrics, shopping trolleys, real and fake food, lights, wires, and kitsch Korean artifacts, Choi Jeong-Hwa’s practice blurs the boundaries between art, graphic design, industrial design, and architecture. Along with artists such as Bahc Yiso, Beom Kim, and Lee Bul, Choi was part of a generation whose unique and varied practices gave rise to Seoul’s burgeoning art scene in the 1990s. Trained in Korea during a period of rapid modernization and economic growth, Choi’s work acknowledges and internalizes the processes of consumption and the distribution of goods and has resulted in his being recognized as the leader of Korea’s pop art movement. Often infusing his works with a hint of humor, Choi creates monumental installation with everyday objects. His works also touch on issues of accessibility in art and contemporary culture, concepts of individual authorship and originality in art, and they comment on the privileged environment of art institutions and the prized status of artworks amidst a consumer-frenzied world.