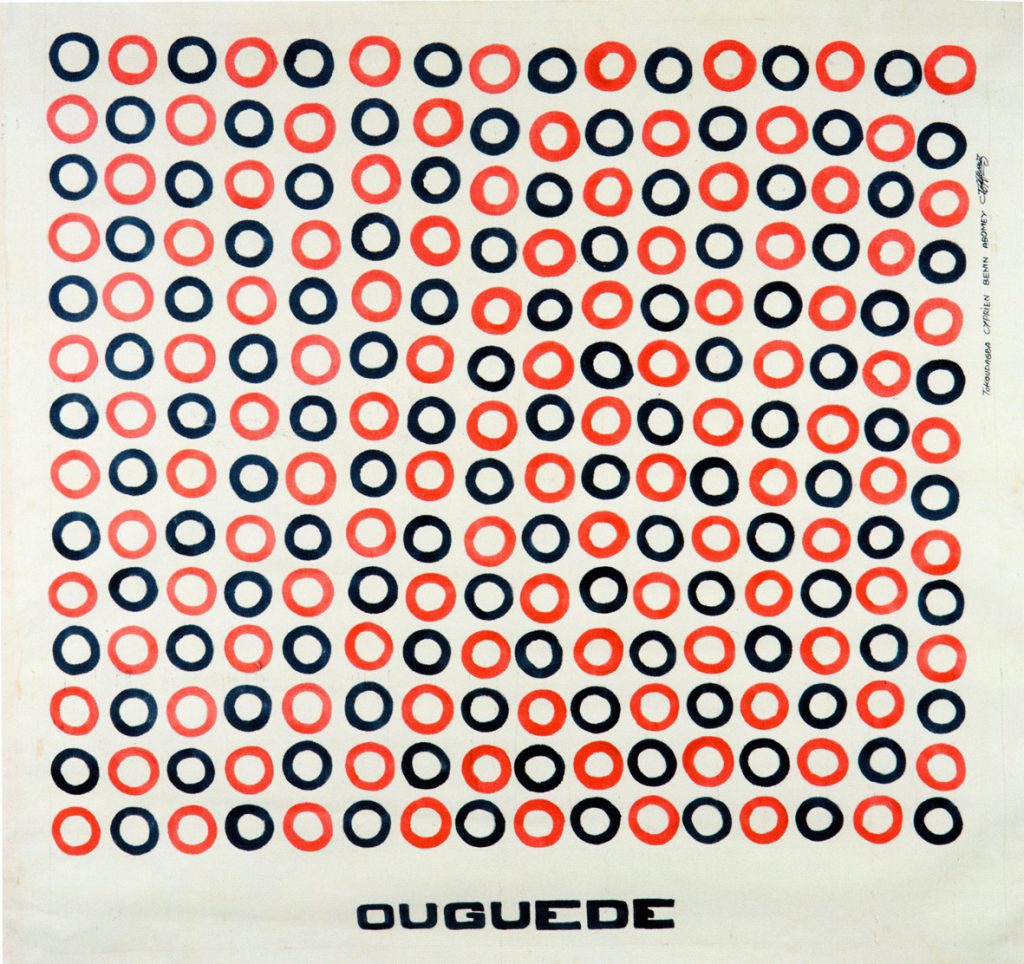 Cyprien Tokoudagba self-taught drawing and cement sculpture before being noticed for his decorating skills. Immersed in voodoo (vodun) and the deity of water Tôhôssou, he was sought after by voodoo priests to adorn temples in Benin, Togo, Ghana and Nigeria. In 1987, he was named as the conservator of the Museum of Abomey. He was quickly discovered by André Magnin and then by the European public after exhibiting in “Les Magiciens de la Terre” en 1989 at the Centre Georges Pompidou, and eventually developed his practice into and painting on canvas to enter the art market. He then exhibited at the Tate (Liverpool), Hayward Gallery (London), the Mori and Tobu Museums of Art (Tokyo), and the Smithsonian (Washington, D.C.). His works were recently exhibited in the framework of the “Grand orchestre des animaux” at the Fondation Cartier (2016).