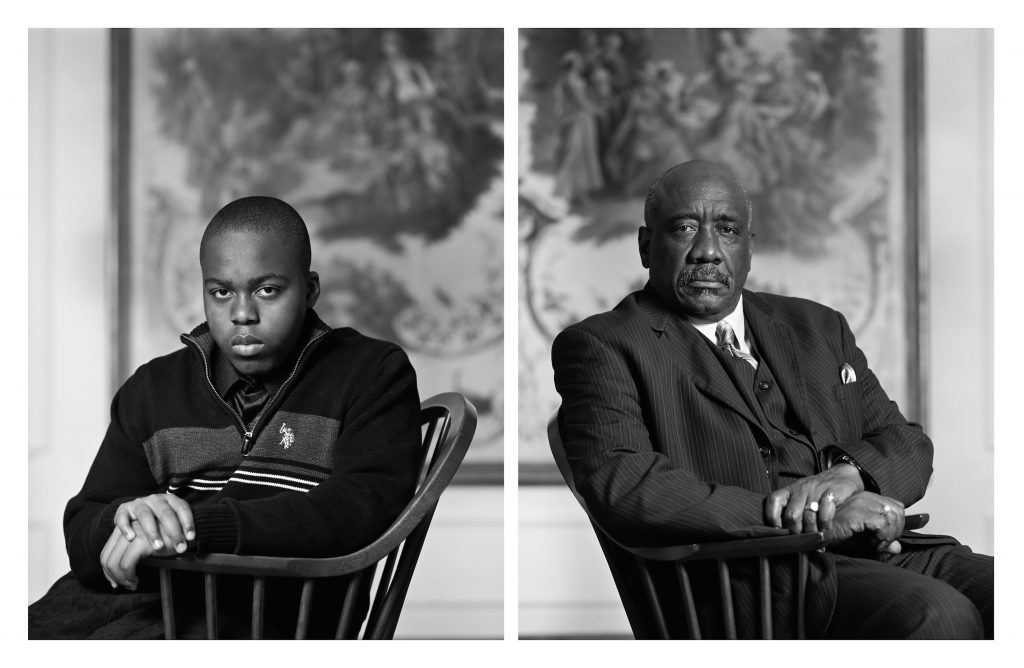 Dawoud Bey is an American photographer and professor and Distinguished Artist at Columbia College Chicago. Growing up in the 1960s, he was deeply influenced by the activist slogan “if you’re not part of the solution, you’re part of the problem”, describing his work as an attempt to contest assumptions and challenge the status quo. Hailed as the acclaimed portraits of African American life, his earliest work depicted the day-to-day of people living in Harlem, later photographing processes of gentrification in the neighborhood with the series ‘Harlem Redux’. Throughout his practice he has often featured young people and describes his methodology as one that is collaborative in nature and rooted in community. Pushing the political potential of photography and producing images from a highly subjective perspective, he sees portraiture as a practice of identification and empathy, with the medium acting as an accessible means of describing human experience.