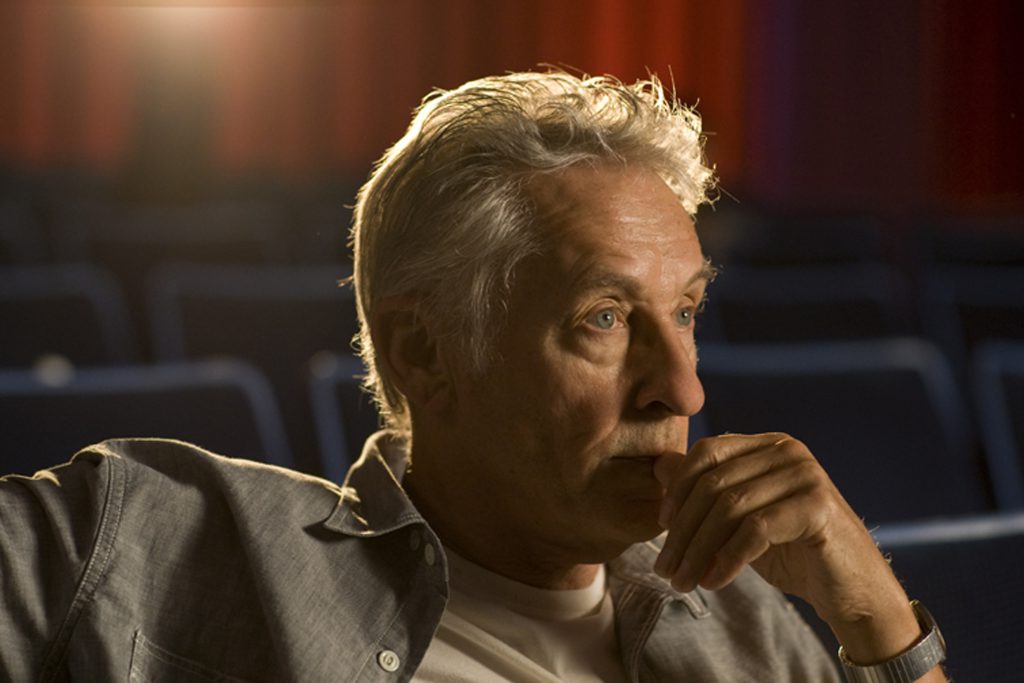 Doug Aitken’s work started to draw international attention when his installation Electric Earth earned the International Prize at the 1999 Venice Biennale, which was organized by renowned Swiss curator Harald Szeemann. Interested in breaking conventional narratives, Aitken emphasizes circularity and non-linearity in his monumental site-specific installations. This monumentality is usually expressed in Aitken’s tendency to combine apparently disconnected fragments in order to create epic films. Although this aspect of his work differs from the all-encompassing wholes sought by modernism, Aitken’s films play with the imaginary and surreal in a way that flirts with  the notion of utopia. The artist uses pop culture and, especially, the film industry as sources for his compelling and immersive environments. Aesthetic elements such as coloration, light and space and a careful editing process give his films a contemplative mood.