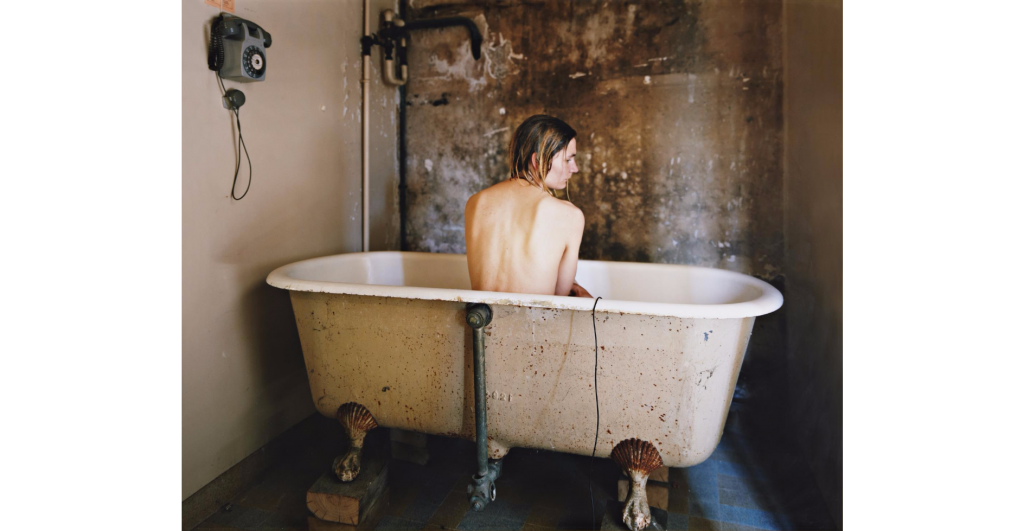 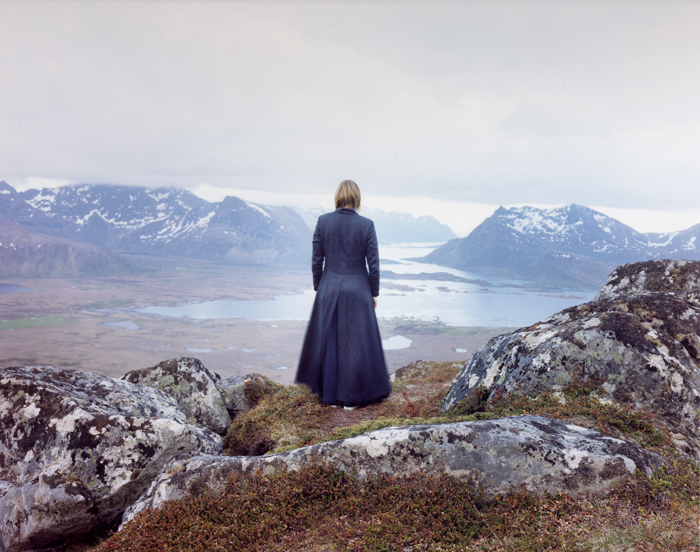 Elina Brotherus depicts, through her photographic work a portrait of the contemporary artist made during different artistic residencies. Frequently in her work, she is the main model. In the series of “Suites françaises”

(French suites) made during a residency of three months at the Musée Nicéphore Niepce at Chalon-sur-Saône in 1999, the artist questions her relation to a foreign language, showing the difficulty in naming things with “post it” stickies. From this work emerges a sense of autobiographical intimacy, of which the camera exists as an absent witness. The artist captures decisive emotional states: the skin texture of a dancer in rehersal, a fine arts model posing as a Degas nude, a state of mind before leaving…The theme of landscape links introspection and contemplation as revealed in her self-portaits. One thinks of Caspar David Friedrich who stressed in his paintings that art played a role as mediator between nature and man. When referring to her work  Brotherus has stated, “For me, photography is primarily a constructed image. I consider myself a “maker” of images, or perhaps as someone who finds images. Visual discovery is very important. The working process follows after in the lab.”
Elina Brotherus was born in 1972 in Helsinki, Finland. She lives and works between Paris and Helsinki.