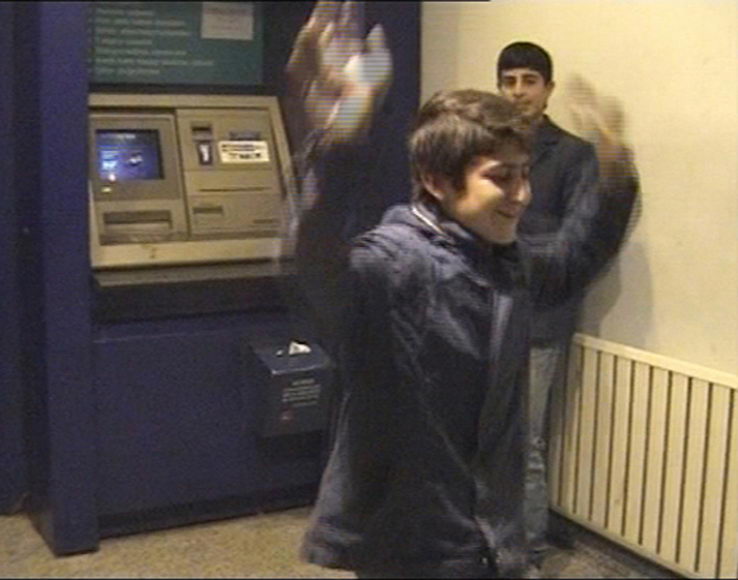 Rebels of the Dance
Fikret Atay

It is said that the artist Fikret Atay secretly stole his parent’s camera to film the city of Batman and its citizens in East Turkey. His first experiments later transformed themselves into his first videos such as Fast and Best (2002) and Rebels of the Dance (2002). The city of Batman is a mid-sized Turkish city situated on the border with Irak. Its geographical and political situation inevitably contextualizes the work of Atay and inside of this context is Atay’s focus on the city’s citizens, its communities and traditions, whether linguistic, family orientated, musical or religious. Camera in hand, Atay makes short videos of everyday life. Despite the fact that they are direct and spontaneous, the images conserve an ambiguity, at times mysterious from a outsider’s point of view. In this regard, Atay translates reality while adhering to a larger grain of complexity.
Fikret Atay was born in Batman, Turkey in 1976. He lives and works in Batman, Turkey.