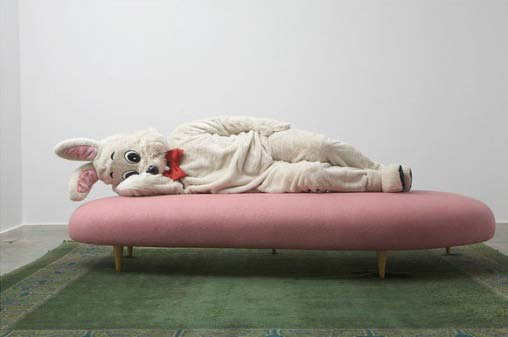 Raising questions about South Korea’s position in the world beyond its own social and political borders, Seoul-based artist Gimhongsok investigates communication, language, and popular culture. Gimhongsok’s ideas and deadpan satirical humor manifest themselves in many media and, because his creative process and personal style remain enigmatic, he is considered to be a “mysterious genius” in his homeland. Whether overt or implicit in their message, Gimhongsok’s spectacular works juxtapose image and language to lure viewers into a labyrinthine journey towards ever-elusive meaning.