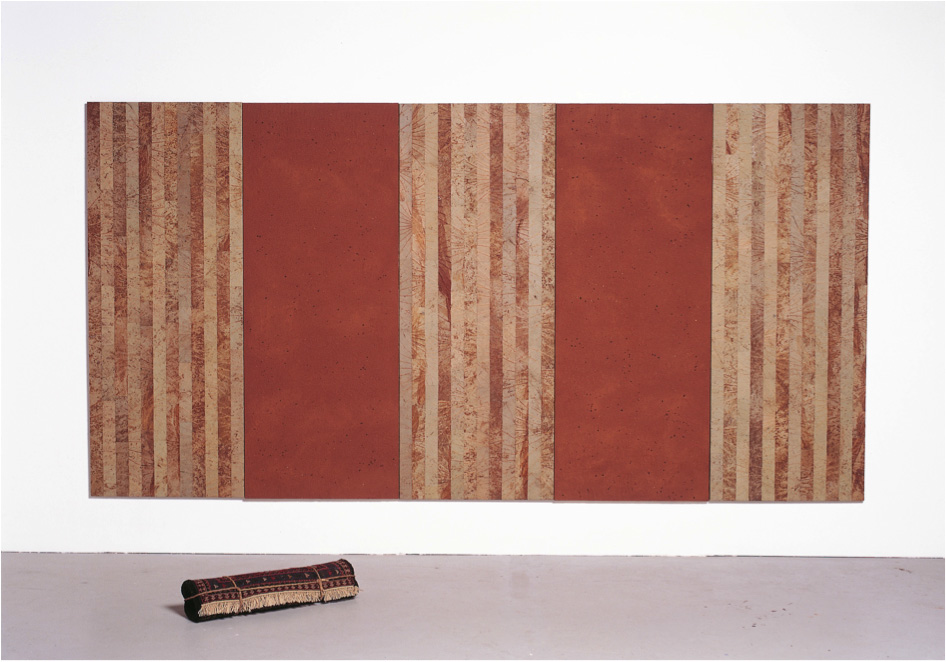 Born in Teheran in 1949, Hossein Valamanesh immigrated to Australia in 1973 while going back regularly to Iran. His work is often made out of natural material or found objects such as Persian rugs, family photo albums or clothes. He is influenced by Persian poetry and Sufism, which brings a metaphysical questioning related to his personal reflections. He starts from his own cultural story as an emigrant; from his encounter with another culture to question the human condition. When he arrived in Australia he discovered Aboriginal art which made him decide to stay and settle in Australia. Since then, he has had direct contact with these Aboriginal communities interested in the relation between nature and the cosmos.