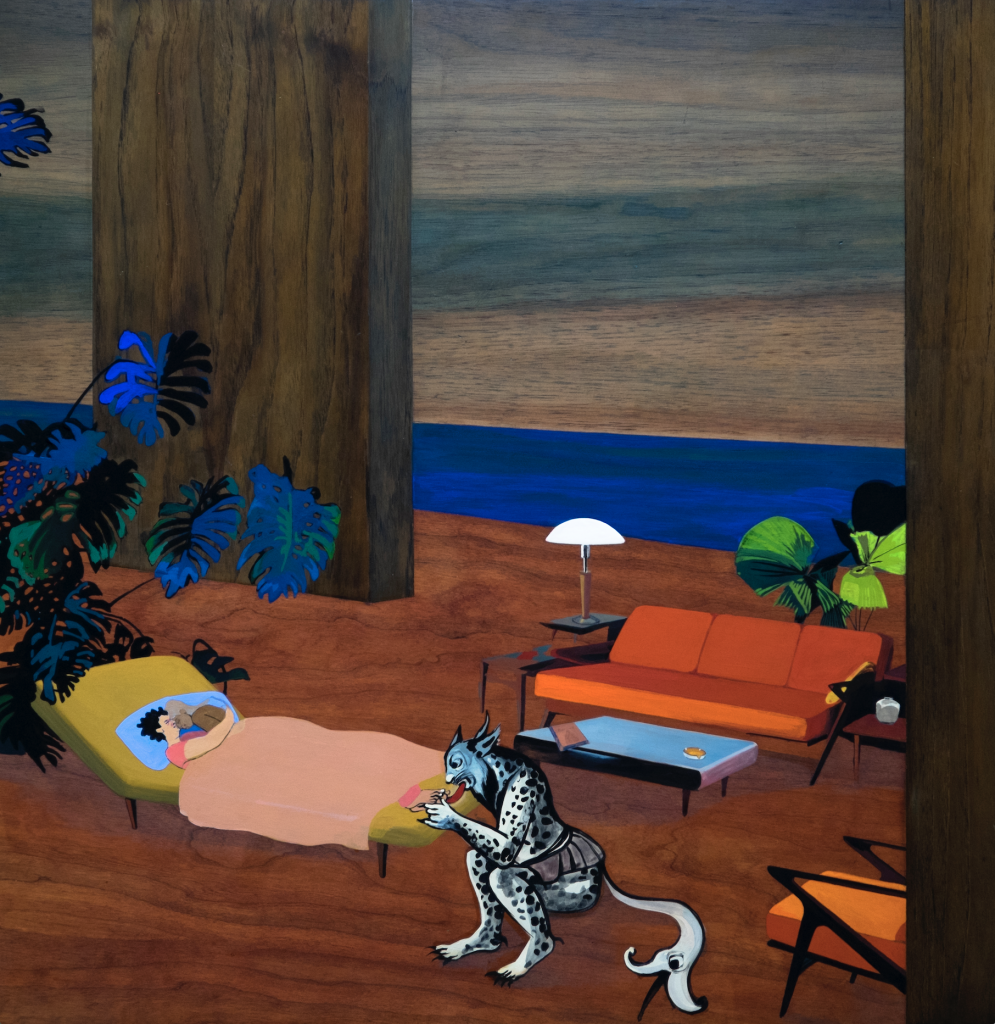 The Nightmare, from the series Be Kind to Your Demons
Hulda Guzmán

With a background in mural painting and photography, Hulda Guzmán is a Dominican artist whose paintings blend what could be identified as painterly magical realism, attention for the supernatural and extra sensorial, as well as for the pleasures of earthly existence set in the context of tropical landscapes or modernist architectures. Her delicate use of gouache and ink on wood and sophisticated compositions portray scenes that speak both of a Dominican and Caribbean identity and of a personal and sometimes intimate view of the world.

Drawing from surrealism, Mexican muralism and Caribbean folk traditions, Guzman’s painting is an eloquent representation of her rich inner world. One in which moral schemes and rigid notions of good and bad are evaded. Like other Dominican artists, her work is determined by the insularity of the country, by its crafts tradition and by the sea while skeptically incorporating –both reaffirming and questioning– tropes associated to the Caribbean such as hot weather, an inclination to festivity and the amalgamation of religious traditions.

Biography
Born 1984, Dominican Republic
Collection Artworks
The Nightmare, from the series Be Kind to Your Demons