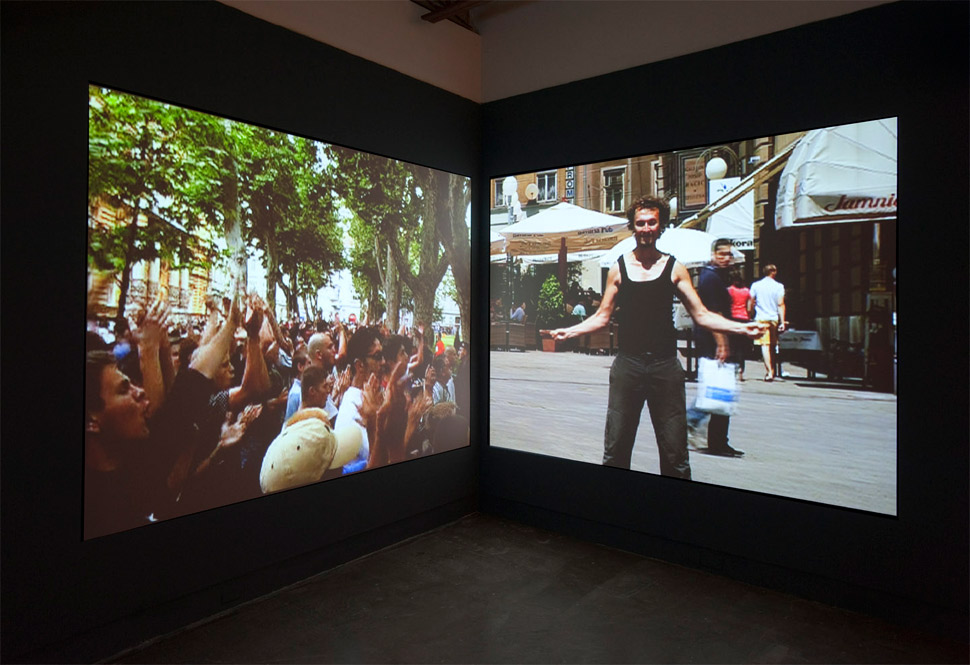 Igor Grubic was born in Zagreb in 1969 where he lives and works.

Having started his carrier as an activist artist, Igor Grubic became known in 1998 through an action made in tribute to the group RED PERISTYL that had painted in red, the floor in front of Diocletian’s Palace in Split as a provocative gesture against totalitarism. Thirty years later, he painted the same place in black so as to draw attention to the reappearance of fascist and nationalistic ideologies within the different countries of what was called the Communist Bloc. Since then he has performed symbolic actions in the public space recalling May 68 political, as well as anti-fascist, values. His belief in the necessity of individual action is strong. In order to address social and political topics, he prefers using the transgressive power of poetic language rather than critical discourse. Igor Grubic has participated in many international exhibitions including Manifesta.