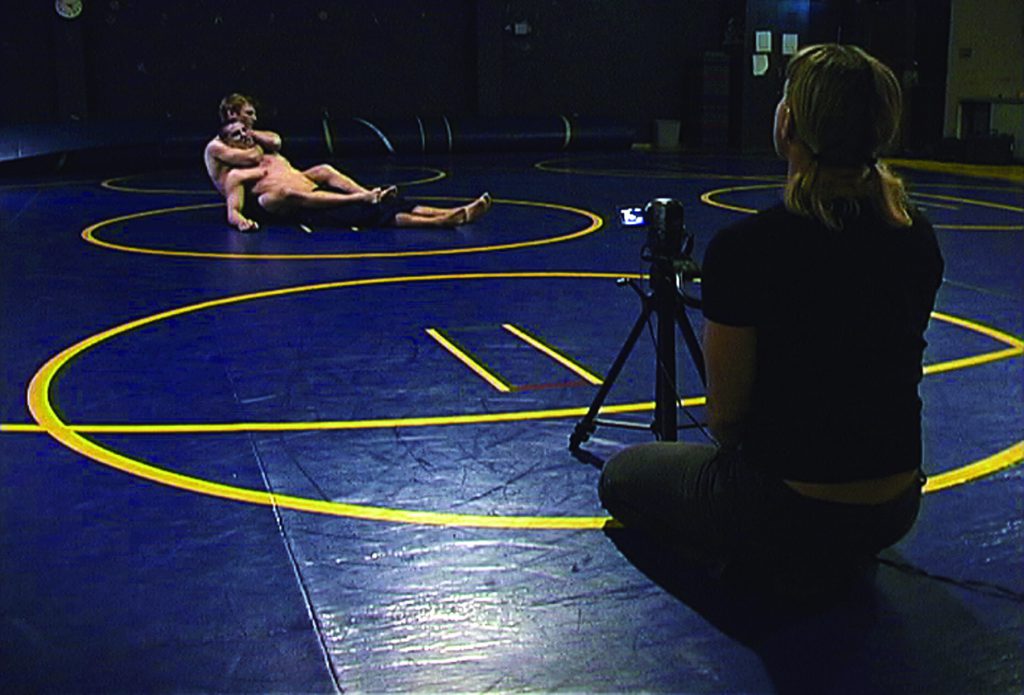 Working in video and installation-based performance, Jennifer Locke stages physically intense actions in relation to the camera and specific architecture in order to explore the unstable nature of artist/model/camera/audience hierarchies. These actions focus on cycles of physicality and visibility, and draw from her experiences as a professional dominatrix, champion submission wrestler, and artist’s model. Locke often creates a separation between her live actions and the audience through the use of material barriers, live video feeds, multiple camera perspectives, wireless microphones, and mini-cameras. These audio-visual reiterations produce a ripple effect, flattening, repeating, echoing, amplifying, and displacing the action by turning it —as well as the audience performing its own spectatorship— into an image of itself.