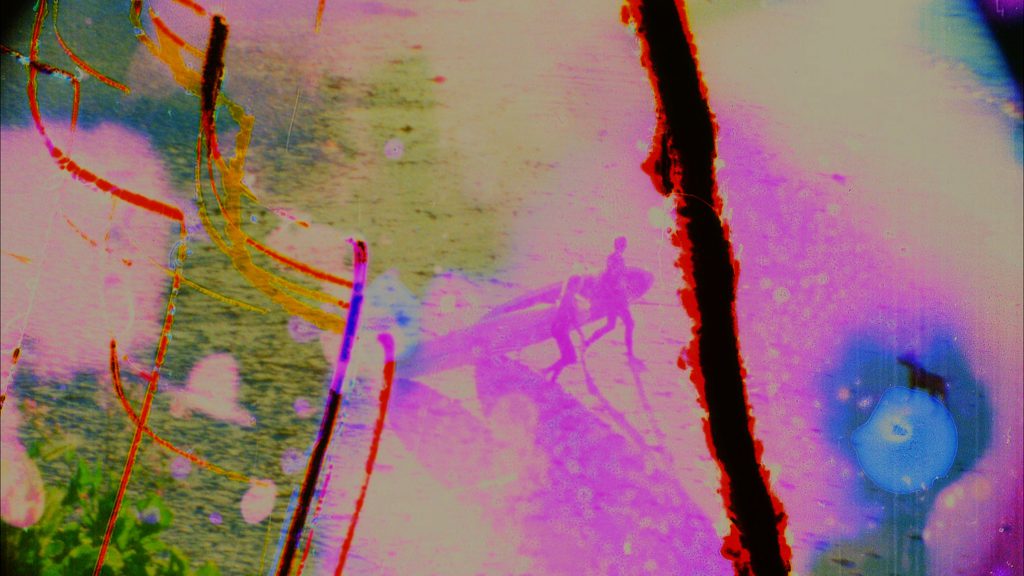 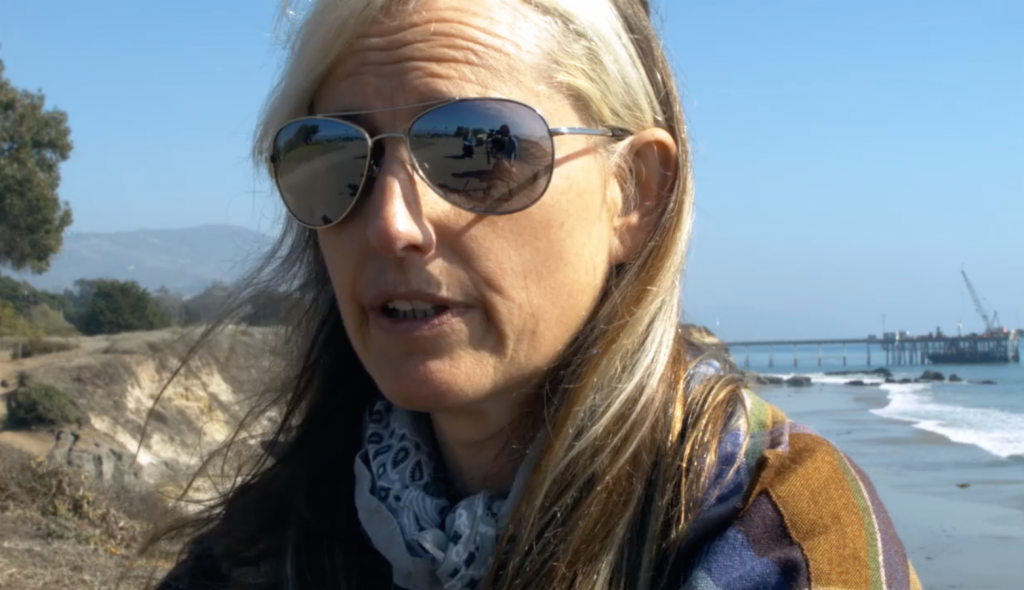 Based in Los Angeles, Jennifer West is known for her work with film, not only through creating moving images and photographs, but for her exploration of the materiality of the film itself. Rather than using the medium traditionally, West works with a particular method which she calls ‘direct film,’ where she applies a myriad of liquids, materials, and manipulations directly onto the surface of the film negatives. The results are hypnotic works that uniquely combine moving images with qualities reminiscent of painterly abstraction. West began making films with this method in 2004, and has since used 16mm, 35mm and 70mm film across her oeuvre. In terms of her process, a pivotal part is to imbue the celluloid with materials, smells and textures that are evocative of the scenes she films. Sprayed with perfume, whiskey, or pickle juice; dragged through the ocean; scraped by pedestrians and skateboarders—it is the physicality of life that gives her films their color and texture. Some of her most notable projects include a 2009 piece where West invited a group of teenagers to skateboard on top of film with footage of the sky, which was taped onto the floor of the Tate’s Turbine Hall. After being digitised, the final version of the film combines scenes of clouds and birds hovering with marks left by the skater’s movements. At its core, whether an image of the sky or the ocean, West’s work is concerned with the everyday: our trivial daily obsessions and motivations.