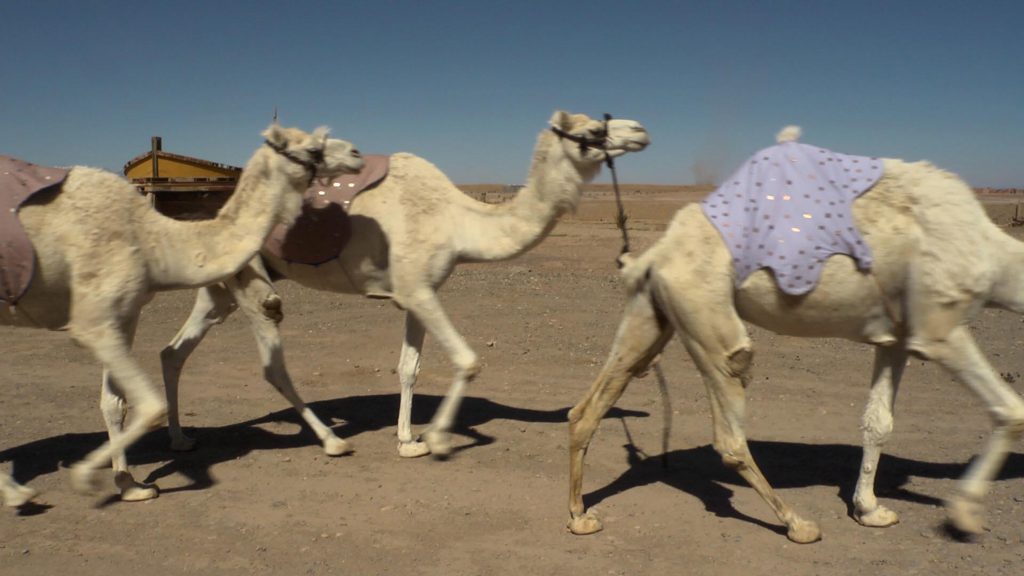 Los Angeles-born artist Karthik Pandian’s work explores our relationship to historical consciousness and the various ways in which we perceive and perform the past. Working across moving image, sculpture, performance, and film — having adopted the 16mm format inspired by ethnographic film — Pandian describes his work as being ‘concerned in particular with the way in which history lurks in matter.’ As such, he takes cues from the architecture and archaeology of sights, allowing the material history of objects and places to speak. Several of his videos and films in multimedia installations are accompanied by architectural structures or sculptural elements, that he often projects onto. In a notable work, Unearth (2011),  for example, Pandian’s research of the Native American Cahokia culture and its ceremonial monuments resulted in films projected onto pillars made from ground soil taken from the research sites. Even though his work is research driven and has cultural references scattered throughout — in the forms of labyrinths, temples, and ancient structures among many others — Pandian’s interest is in the fictive possibilities that these representations from and of the past can carry. Through the play of time and materiality, and through a thought process that embraces ambivalence and opacity, the monuments and relics that Pandian captures become entangled in stroboscopic reverberations between past and present.