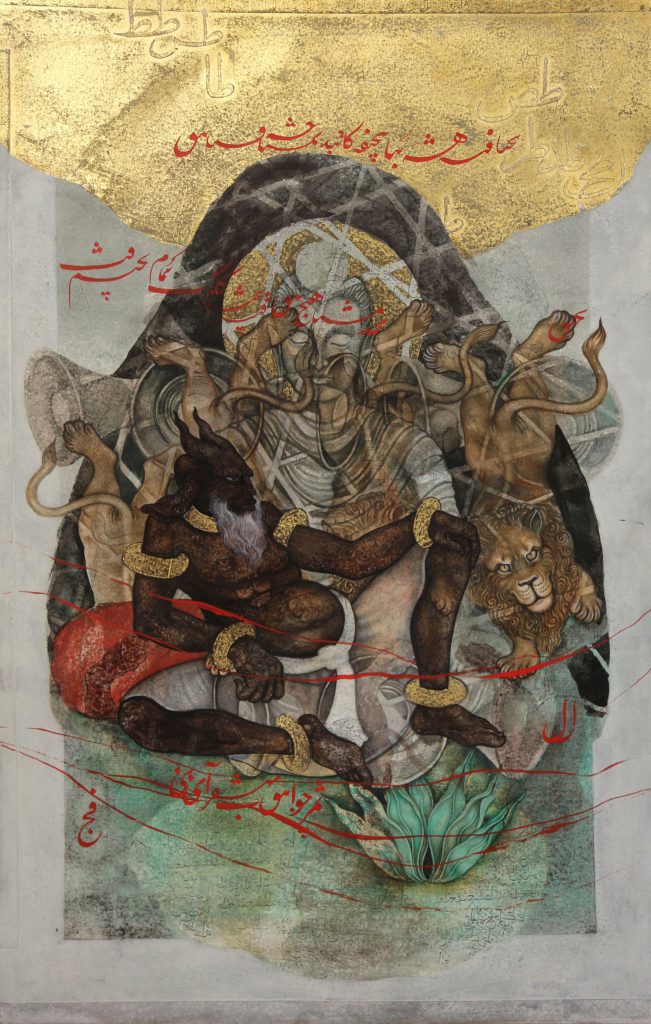 Khadim Ali was born in Quetta, Pakistan, after his family fled their home in Afghanistan to escape persecution from the Taliban. Part of a highly persecuted minority group called the Hazaras, he grew up as a refugee, and from an early age he was confronted with the discrimination, displacement and genocide of his people, which is a key focus of his work as an artist.

Ali was trained in classical miniature painting in Lahore, Pakistan and in mural painting and calligraphy in Tehran, Iran, and as a result he incorporates delicate handwork and materials from these traditions into his intricately rendered paintings, and large textiles.

Another key influence is the Shahnameh or Book of Kings, a tenth-century epic poem and an icon of Persian literature, which Khadim Ali grew up listening to as a child when his Grandfather sang poetry from it, and crowds would gather to hear his voice. The illustrated version of the book contained paintings from 15th century Iran and Afghanistan, which marked his first encounter with miniature painting and would become his a gateway into the world of art.

Borrowing motifs from The Shahnameh, his works are imbued with the deeply personal, drawing a trajectory between his own past, the somber history of the Hazaras, and the abiding sense of displacement, loss and melancholia.