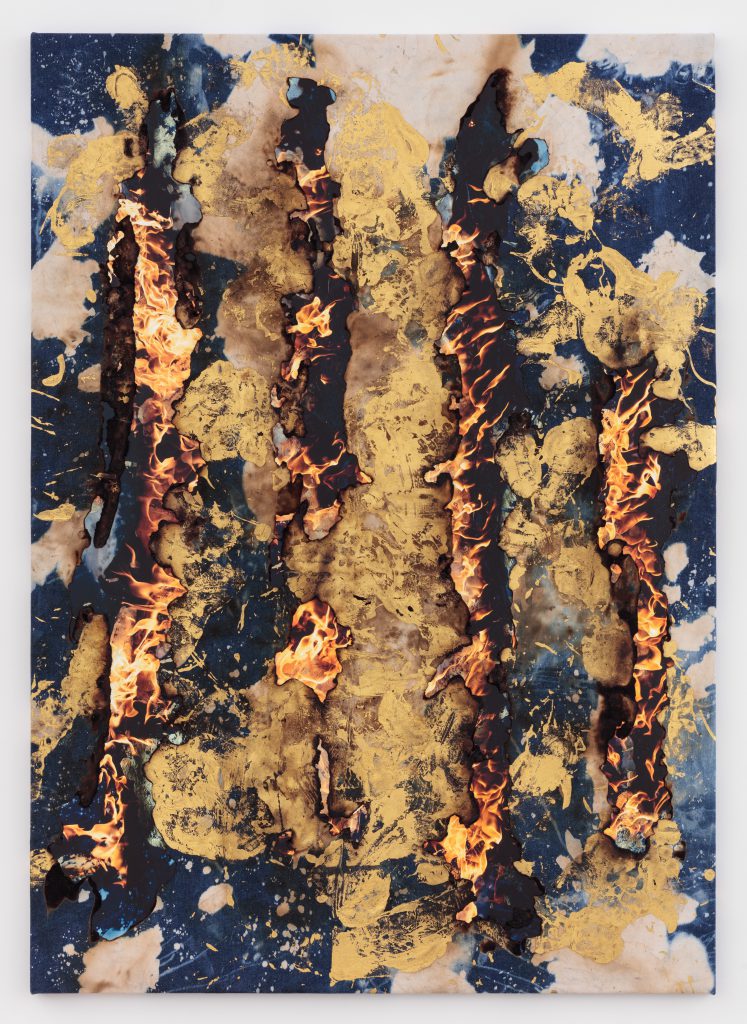 Born in 1986 in Bangkok, Thailand, Korakrit Arunanondchai now lives and works in New York and Bangkok. Arunanondchai combines music, fashion, painting, sculpture, performance and video in both cinematic and biographic manner. At the core of his practice is narrative-based video that parallels his life, for which he features and collaborates with friends and family.

His practice is informed by Eastern and Western cultural data that he collects, appropriates and transforms. In one 23-minute video, the audience may encounter YouTube footage of Western artists making action paintings, juxtaposed with a body-painting performance by a go-go dancer on Thailand’s Got Talent. The artist works with metaphors and symbolic characters, while figures from Buddhism also appear regularly. One such returning character is the drone, used as a tool in many of his films to create what he calls “a spirit viewpoint,” like the Garuda, a divine bird in Buddhist mythology that can morph into human form.

Korakrit Arunanondchai aims to represent the geo-historical moment of the Anthropocene; the term ‘history’ found in his titles draws on both cultural and geological perspectives, concerning himself with the earth’s evolution from a post-human and animist point of view. “We look at ourselves through what is left over after the upload: strands of DNA and human cultures as ghosts,” states the artist enigmatically.