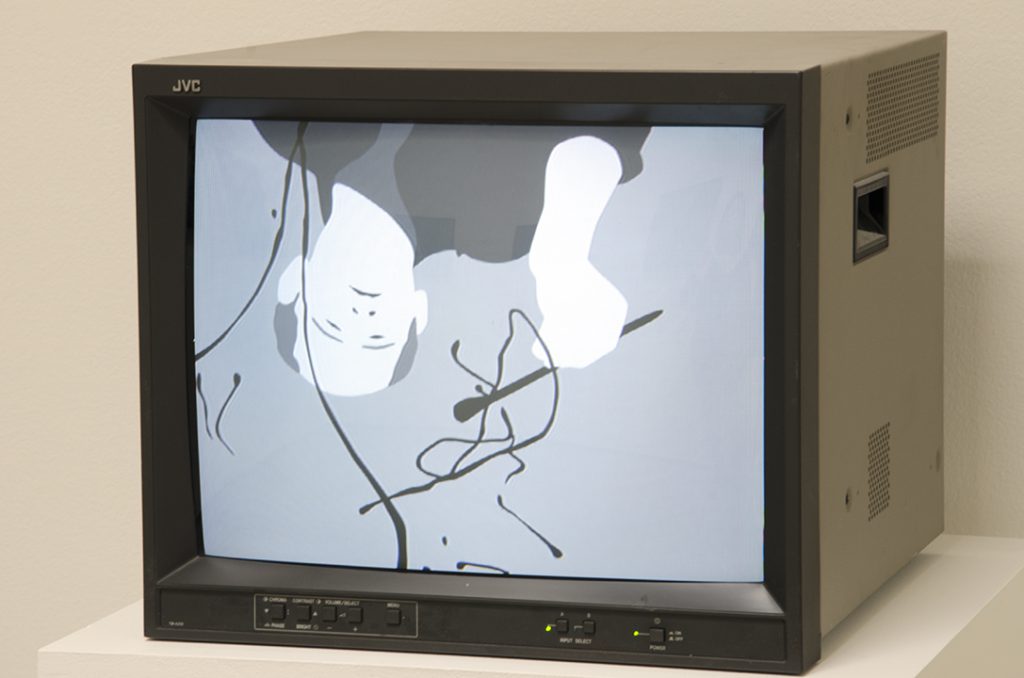 Working across slide projections, paper cut-outs, watercolor, light boxes, and animations, Kota Ezawa is known for his flattened, stylized artworks, evocative of pop art and mainstream animation. Ezawa appropriates and modifies iconic imagery sourced from current events, pop culture and art history, reducing them into simplified illustrations that retain the essence of the original image. Rather than a critique of the specific artworks, people, or events that he depicts, his interest lies in the symbolic power of the images that have immortalized them in the mainstream. Whether depicting celebrities like Jimi Hendrix, iconic artworks like Josef Albers’ Homage to the Square, or events such as the verdict in the OJ Simpson trial, his subject matter are the archetypal images that have made lasting impressions in our collective consciousness. Through his work he meditates on the weight that such popular media has in shaping our psyche, shared experience, and even memory.