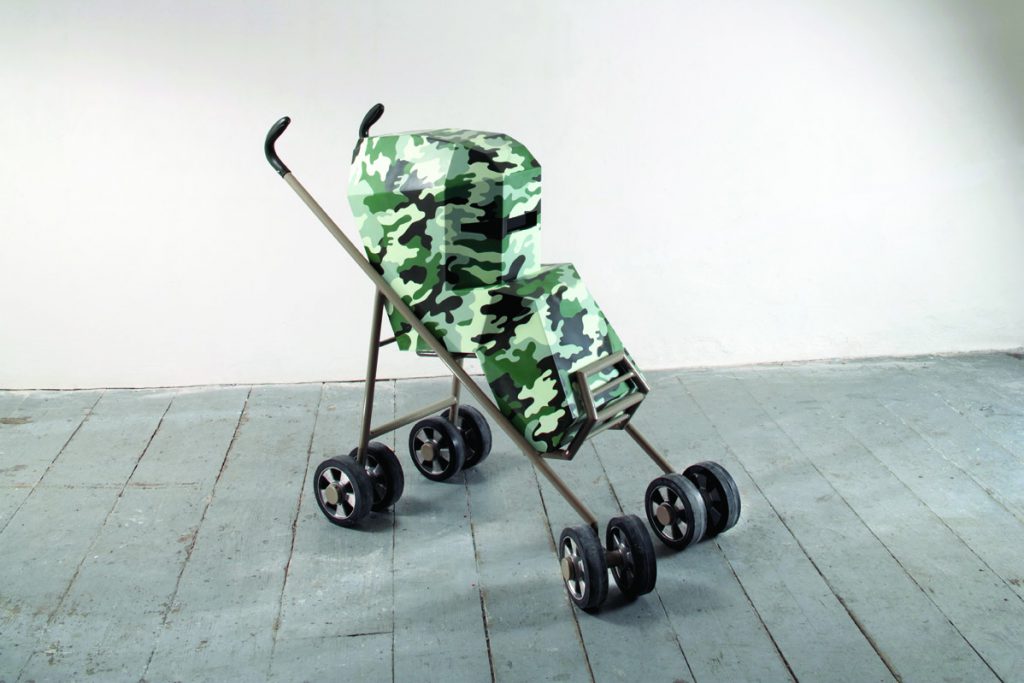 Kristof Kintera is a major artist of the contemporary Czech scene also with international acclaim. His works refer to doubts expressed in societies under authoritarian or communist regimes who find themselves in economic boom, yet leave behind local concerns. In the artist’s work, a sense of observation, often caustic, helps to establish a critical distance between oneself and the world, by using everyday objects cleverly diverted. Vivid and moving, the works of Kintera evoke primitive feelings of the human condition such as fear, desire for survival, and pleasure.
Kristof Kintera was born in 1973 in the Czech Republic. He lives and works in Prague