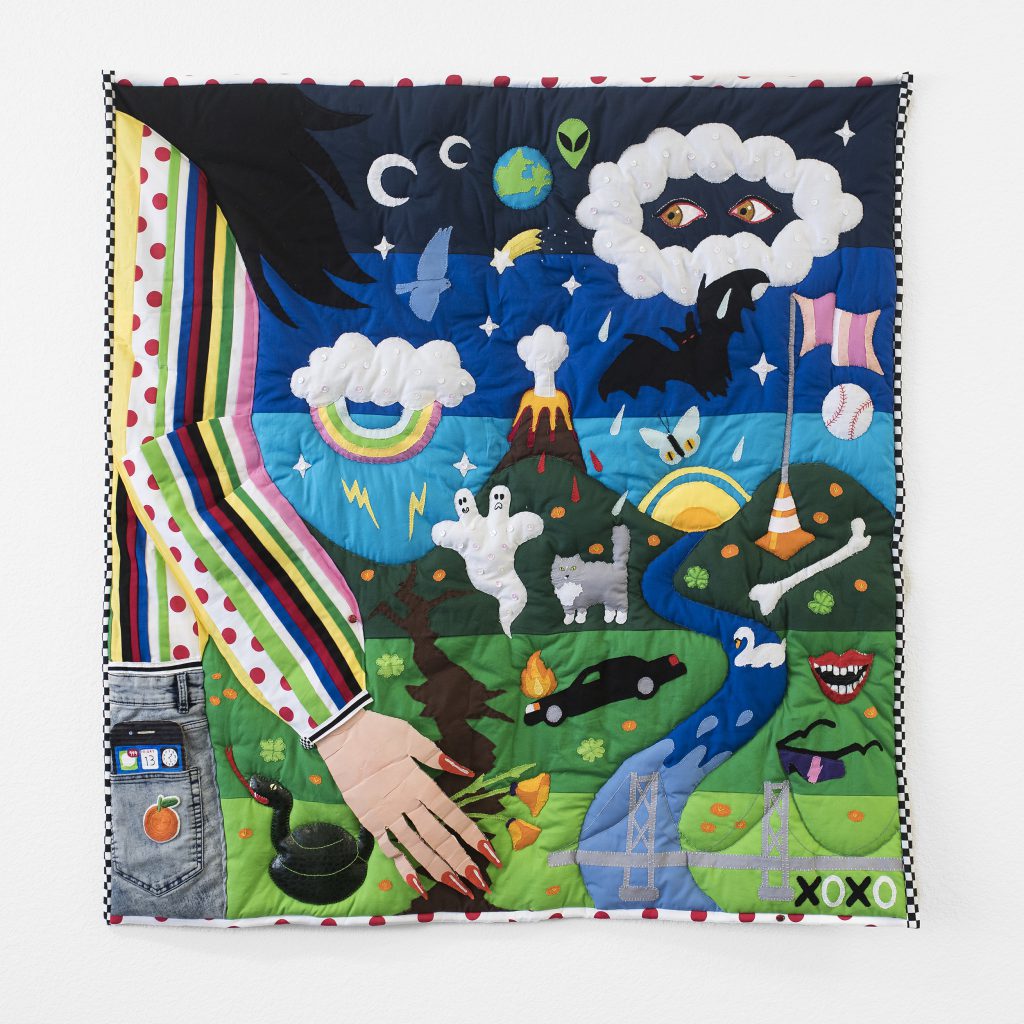 Once in Two Moons
Laura Rokas

Laura Rokas is a painter, ceramicist, and textile artist. While her formal training is primarily in painting, Rokas’s practice embodies a spirit of dedicated amateurism characteristic of a generation that grew up figuring out how to make creative use of new technologies—and eventually—the materials of the internet and digital communication more broadly. Like early users of the internet who patched together elementary code they copy and pasted from other pages to create their own websites, or budding designers who messed around with Microsoft Paint to make custom backgrounds and images for their computers, Rokas goes about building something new by testing out very basic methods with whatever materials she is drawn to. This approach informs every aspect of her work, and is something she started practicing early on. Both Rokas’s mother and sister are quilters, and she learned by watching them, listening to their stories, and asking questions. But she mostly developed her textile (and ceramic) skills by doing. For Rokas, there’s no “right” way to do something—she says, “Did it get done? Then you did it right.”

Rokas’s work incorporates her lived experience and remixes it with visual references, symbols, and themes drawn from pop culture, literature, and science fiction. In particular, she likes to rework familiar symbols because of their psychological power. As she says, it’s easy to forget how influential they can be because we’re so constantly inundated by them; but even basic combinations of color and shape are powerful, and we’re attracted to those things on a base level. The potency of her work comes from her ability to exploit and recontextualize this familiar pop culture iconography in a way that may at first seem simplistic. But if you spend any more than a passing moment with it, everything starts to fall off a cliff. Rokas’s interpretations gravitate toward the uncanny, dealing with alternate realities, twins, doubles, and doppelgängers—the realm of “what if,” “what could have been,” and the just plain weird. And since Rokas never offers a Rosetta Stone to decode the work, the viewer is often left with more questions than answers, and that’s just fine with her.