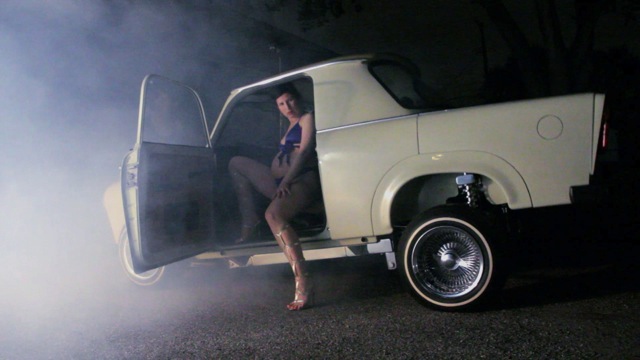 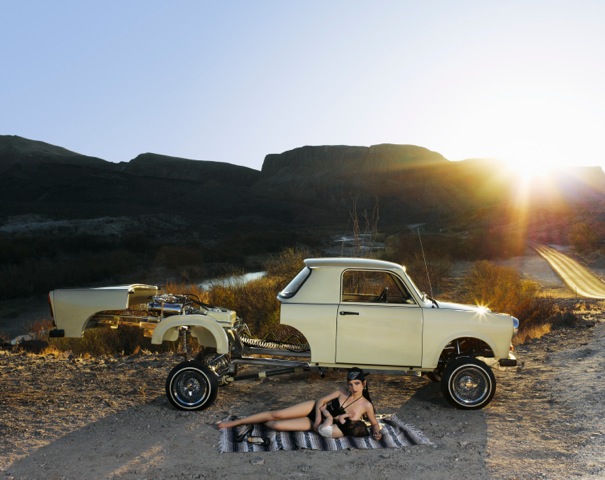 Liz Cohen is a photographer and performance artist best known for her project Bodywork, in which she transformed a German car into a lowrider while simultaneously transforming her own body, with the help of a fitness instructor, to become a bikini model at lowrider shows. Critical of a consumer based society and its use of the female body in advertisements and music videos, Bodywork was an avenue for Cohen to explore her own femininity and create dialogue around issues relating to immigration, nonconformity, and resistance. Some of her earlier works, consisting of black-and-white photographs and a series of performances, focused on similar issues, which she explored through documenting sex workers from the Panama Canal, as well as producing various portraits of an ostracised poet.