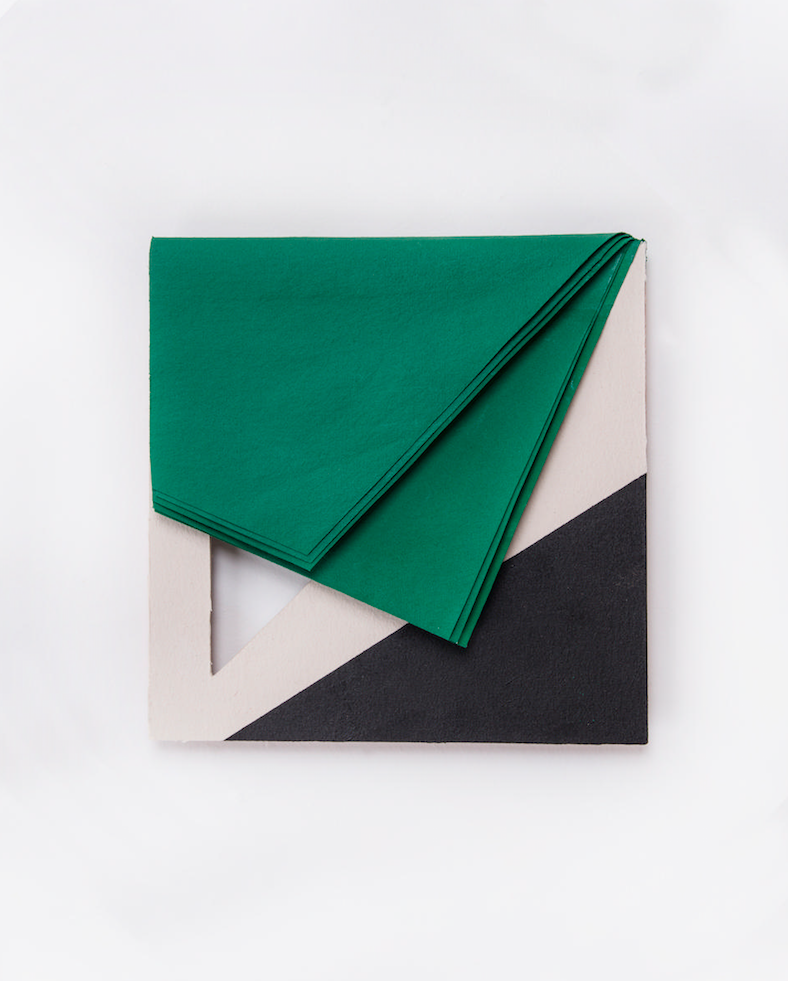 Brazilian artist Luciano Figueiredo works with color, form, volume, and light in his exquisite wall-bound compositions. Figueiredo began making paintings in the 1960s, and his origins and his output place him in line with Brazilian Constructivism, a modernist movement that emphasized geometric forms and rational designs. Influenced by the Bauhaus and by his Brazilian peers, Figueiredo studied both in his native Brazil and in London during the 1960s and 70s, taking up subjects including painting, English literature, and art history.