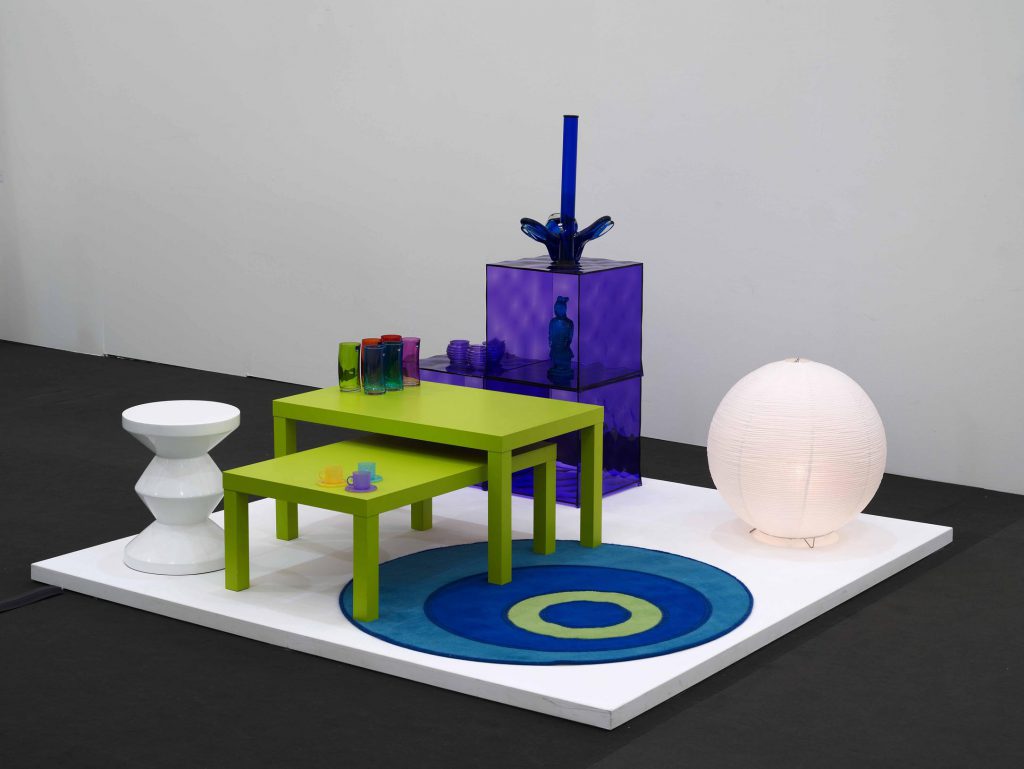 Matthew Darbyshire is interested in the non-specificity of today’s design language. Parodying corporate branding and mass-produced design, Darbyshire’s installations expose the hollow realities behind urban regeneration and government arts investment in social regenerative projects. At the centre of Darbyshire’s work is the observation that certain core human concerns – among them the look and feel of the built environment, the intersection of art and the social realm, the idea of community and eve the possibility  of visual pleasure – are, very often, framed in ways that are reductive, philosophically empty and serve only to further the interests of embedded power. Unusually for an artist who belongs to a generation that regularly revisits episodes form the (usually Modernist) past, Darbyshire’s focus is on what he calls the ‘mush and fug’ of contemporary Britain’s visual environment, something that in a high-wire act of chromatic and formal management he sequences into works that, while they speak eloquently of the quasyhomogeneity of much present day architecture and design, also have a resonant sculptural presence.*
Matthew Darbyshire was born in Cambridge, UK, in 1977. He lives and works in London.