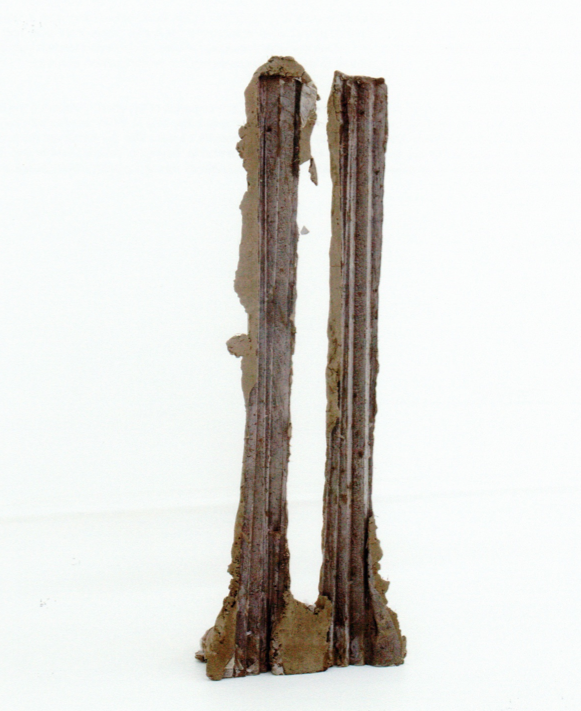 Michael Dean (b. 1977, Newcastle upon Tyne, United Kingdom) collectively engages with performance, sculpture, writing, publication and installation in a process where each method practice mutually informs the other. Working with ‘poor’ materials: concrete, corrugated iron, steel, sand and pebbles, Dean’s installation recall shantytowns. The artist’s 2016 exhibition Sic Glyphs at South London Gallery was held at the debut of the media’s fixation on the immigration crisis. The installation of the exhibition echoed this media phenomenon. Blocking the normal entrance to the gallery, the visitor had to find their way around the back of the gallery, capturing glimpses of the interior as they navigated their way through barriers of sculptures. Through this, Dean attempted to evoke the same sensation one might feel in the chaos of an immigration settlement, such as the internment camp ‘the Jungle’ in Calais, France, where one is almost granted asylum, yet denied entry. The do-it-yourself materials employed by Dean further recall the emergency housing built by asylum seekers. While Dean’s practice is deeply rooted in the contemporary socio-political milieu, the artist equally explores the forms and history of sculpture from Giacometti through to Arte Povera.