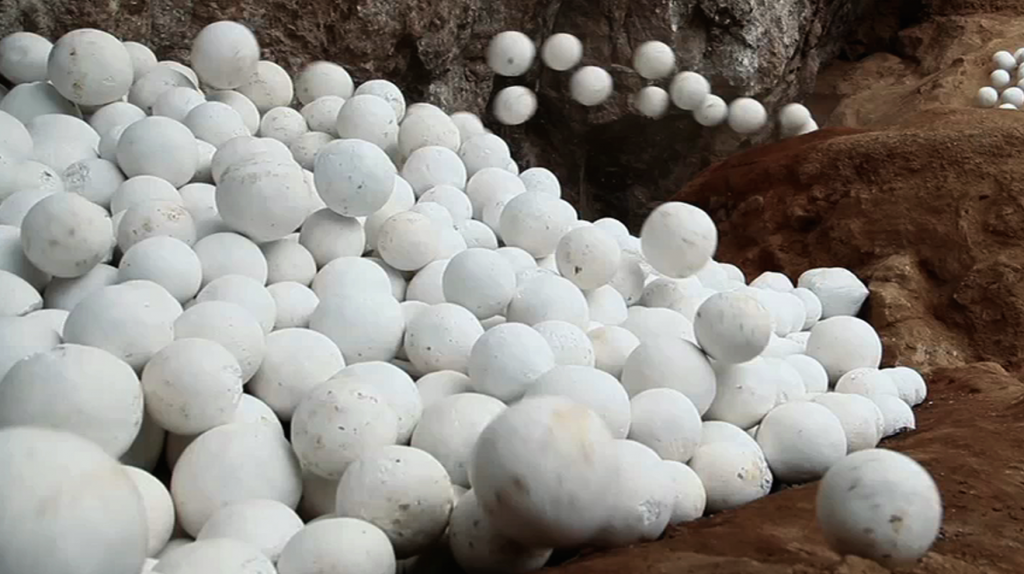 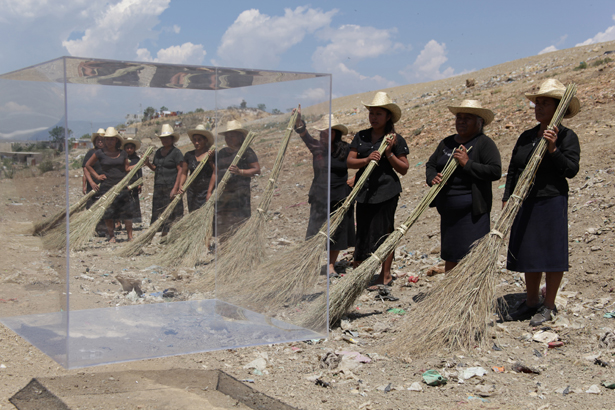 Miguel Angel Ríos studied at the Academy of Fine Arts in Buenos Aires before moving to New York in the 1970’s to escape the military dictatorship in Argentina. He subsequently relocated to Mexico and now divides his time between New York and Mexico City. In his work, Ríos pairs a rigorous conceptual approach with a meticulously constructed, handmade aesthetic. Since the 1970’s, he has made work about the concept of the Latin American, using this idea as both an artistic strategy and a political problem. Over the past two decades, Ríos has delved into the medium of video to create symbolic narratives about human experience, violence, and mortality. His videos of spinning tops–trompos–use the childhood game as a backdrop for a meditation on the transience of life, and the mechanics of power.