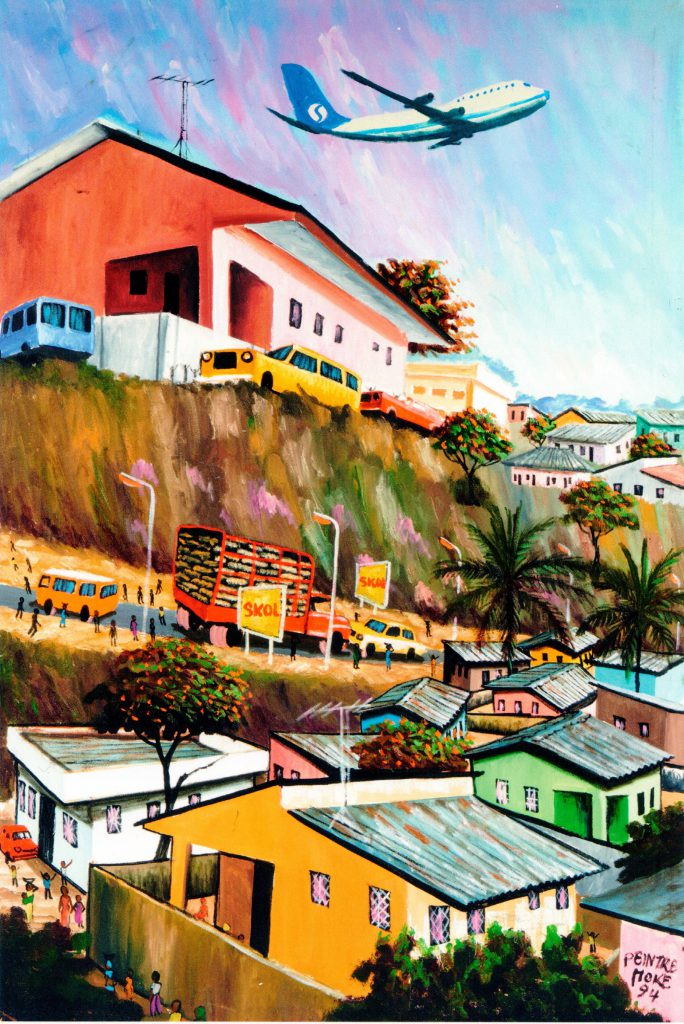 Moké (the acronym of Monsengwo Kejwamfi) was a pivotal figure in establishing the style of ‘Popular Painting’ in Kinshasa following Congo’s independence in 1960. Moké had no formal training and his early works were often executed on found materials, such as discarded cardboard. Soon, his lively and dynamic paintings of Kinshasa garnered the attention of the public and in 1965 he painted a portrait of General Mobutu (president of the DRC, 1965–1997). Moké became a reporter of urbanity through his painting, and installed his workshop at the crossroads of Kasa-vubu and Bolobo, in the heart of the city. His realistic and exuberant painting testifies to his meticulous observation of everyday life in Kinshasa: street scenes, bar scenes, sappers, nocturnal feasts, and neighbourhood disputes. These scenes and stories that are found in his paintings are full of humour, alive and always colourful.