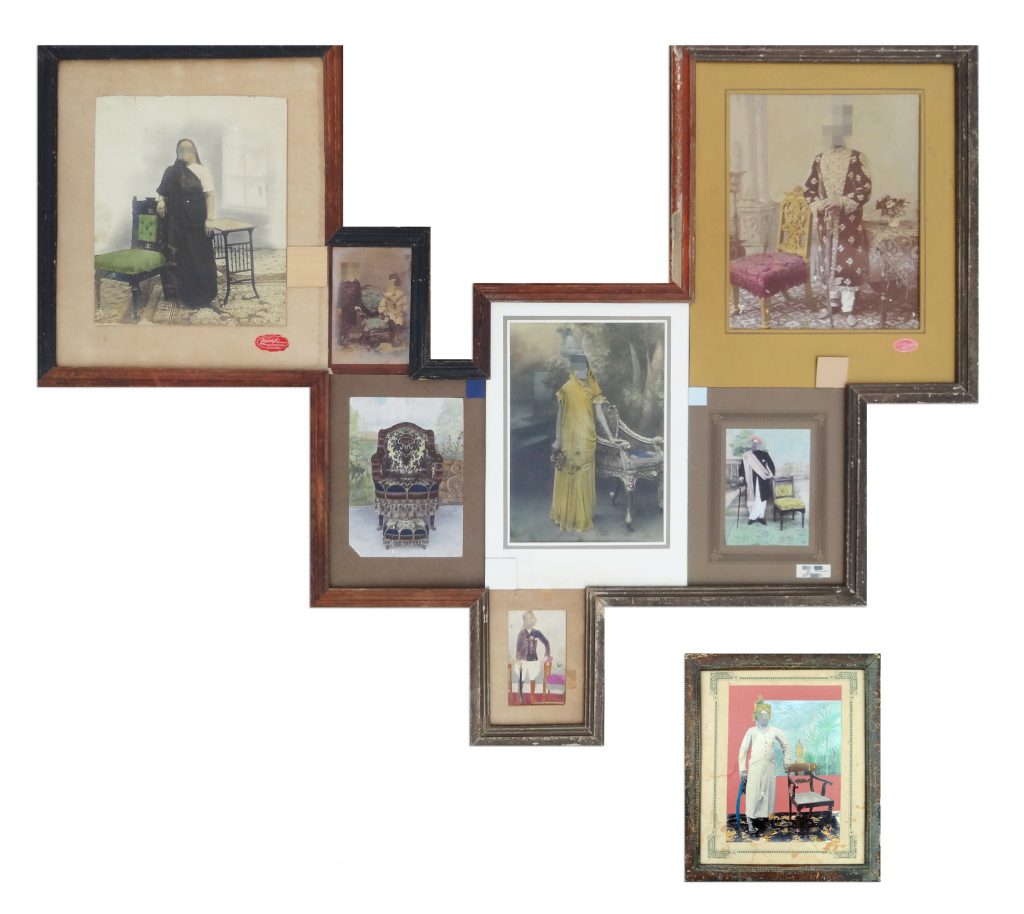 Nandan Ghiya is an emerging whose practice explores the disjunction between various forms of image-based media. Although he received no formal training, his mixed media works reveal a savvy understanding of the function that photographs play in defining our perception of cultural and collective narratives. In juxtaposing found studio portraits alongside digitally manipulated images, Ghiya examines how advances in media-based technologies define our contemporary modes of perception while also threatening genealogies of rich indigenous histories. His work could be seen in conversation with artistic traditions of assemblage and collage. His deliberate commitment to handwork with acrylic, however, also suggests a deeper commitment to multidisciplinary practices that don’t entirely refute artistic traditions but instead utilize them to draw out more trenchant conversations about the erasure of cultural identities and modernism’s displacement of a traumatic colonial past.