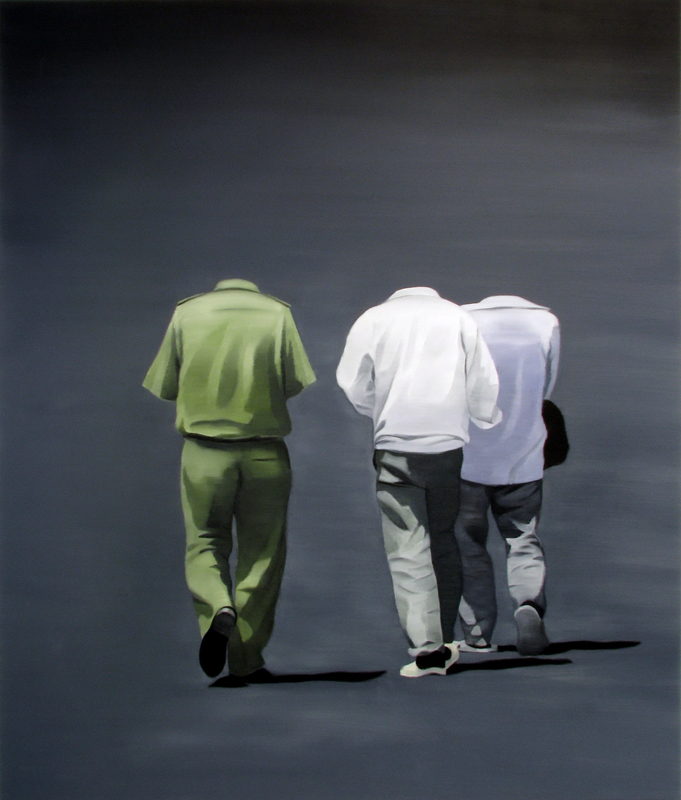 Nguyen Thai Tuan was born in 1965, he studied at the school of Fine Arts of Hue where he studied propaganda art, which he got bored of very quickly. He is one of the most important Vietnamese artists of his generation that remained and worked in his country, while many other artists were trained in the United States.

His work questions the history and fragility of humanist values and the affirmation of subjectivity in opposition to political power. He produced several series of paintings, among which is Heritage that shows in the background buildings and monuments related to Vietnamese history. He seeks to portray a critical space between the past and the present.