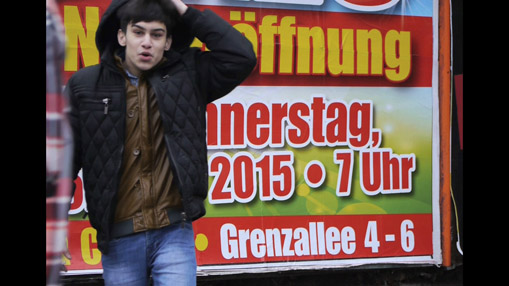 Nina Könnemann (b. 1971, Bonn, Germany) is a contemporary video artist. Since the 2000s, she has developed her video practice alongside installations and sculpture. The camera of Nina Könnemann borrows from realistic cinema and structural materialism. Located at the crossroads of Vertov’s “Cinema-Eye”—which records a reality that the habit would prevent from seeing—and Anglo-Saxon experimental cinema, such that of Hollis Frampton and Michael Snow, where the consciousness of the medium is omnipresent, Könnemann closely examines marginal spaces, human behavior and subcultures. As an observer of public spaces, Könnemann documents in detail how social relations produced by social conditioning are manifested in the form of micro-interactions.