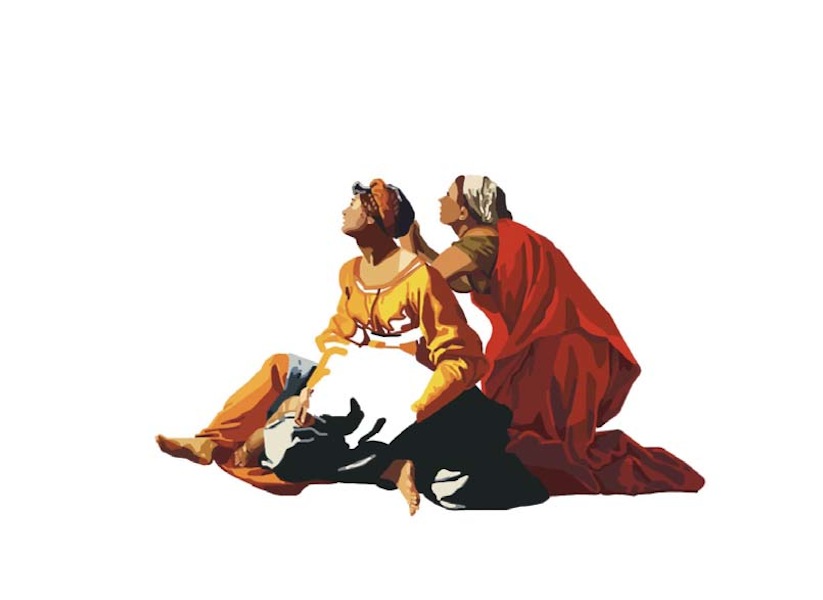 Oliver Laric is a Berlin-based, Austrian multimedia artist whose work is centered around issues of authorship, originality, and ownership—with a specific interest in visual culture in the digital age. His work and broad research addresses an ongoing history of the mutability of objects and images. From ideas of copyright to examples of iconoclasm (the destruction of religious iconography), Laric’s focus is on how objects and images are continually re-represented, appropriated, remixed, augmented and modified.

Several of Laric’s work evolve over time, at times relying on the voracious contribution of online communities. From 2006–2012, for example, Laric was part of the project VVORK, an art blog as exhibition space, which gained a large following and led to the group working as a curatorial collective. He has also collaborated with a range of museums to make 3D scans of sculptures available and free to download online. Even his own sculptural practice is often based on versions of classical and neoclassical sculptures, which he then reinterprets. His interest in reinscribing or opening up material, however, is not in the new or hybrid objects that result, but rather the moment of transfer, the metamorphosis of objects into other objects or images, and the endless potential of mutability. That is what Laric tries to capture.