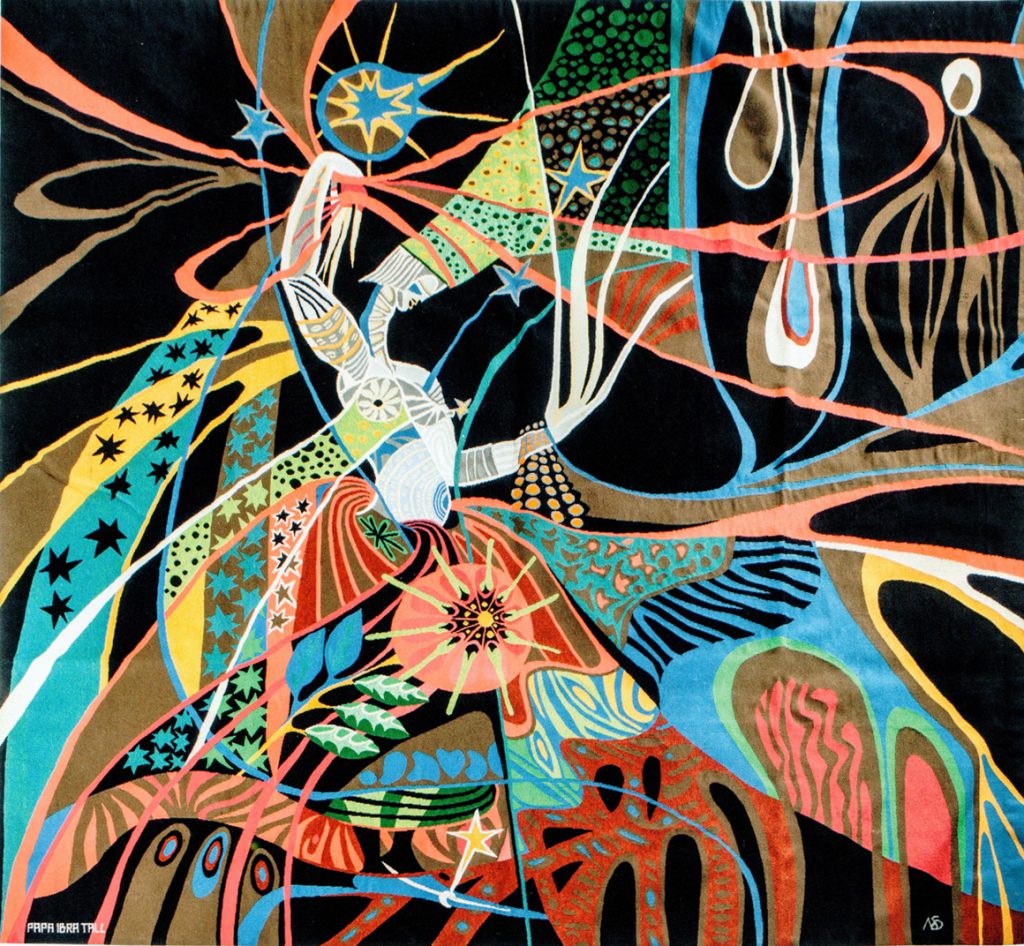 Papa Ibra Tall discovered black power militants and the American black jazz movement in Paris after studying at the Ecole Spéciale d’Architecture et les Beaux-Arts de Paris in 1955. In 1959, he organised an exhibition of Black artists then living in Europe for the Second Congress of Black Writers and Artists in Rome. In 1960, after a trip to the United States, he met Jazz musician John Coltrane and African-American minister and human rights activist Malcolm X. In 1960, the year of Independence, he returned definitively to Senegal and became head of the Section for Research in Black Plastic Arts. It was at the Sèvres School of Craft that in 1962–1963 he became familiar with ceramics, screen-printing and, above all, tapestry, in which he then excelled at the National Tapestry Manufactory, created by President Senghor in 1966. Between 1975 and 1983, he became involved in various positions at the Ministry of Culture, before becoming in 1989 General Manager of the Senegalese Manufactures of Decorative Arts. He participated in the 8th Biennial of Arts of São Paulo (1965), the First World Festival of Negro Arts in Dakar (1966), the First Pan-African Festival of Algiers (1969), the First Salon of Senegalese artists at the Museum Dynamique de Dakar (1973), and his latest monographic exhibition is “Drawings of Papa Ibra TALL” at the National Art Gallery of Dakar (1991).