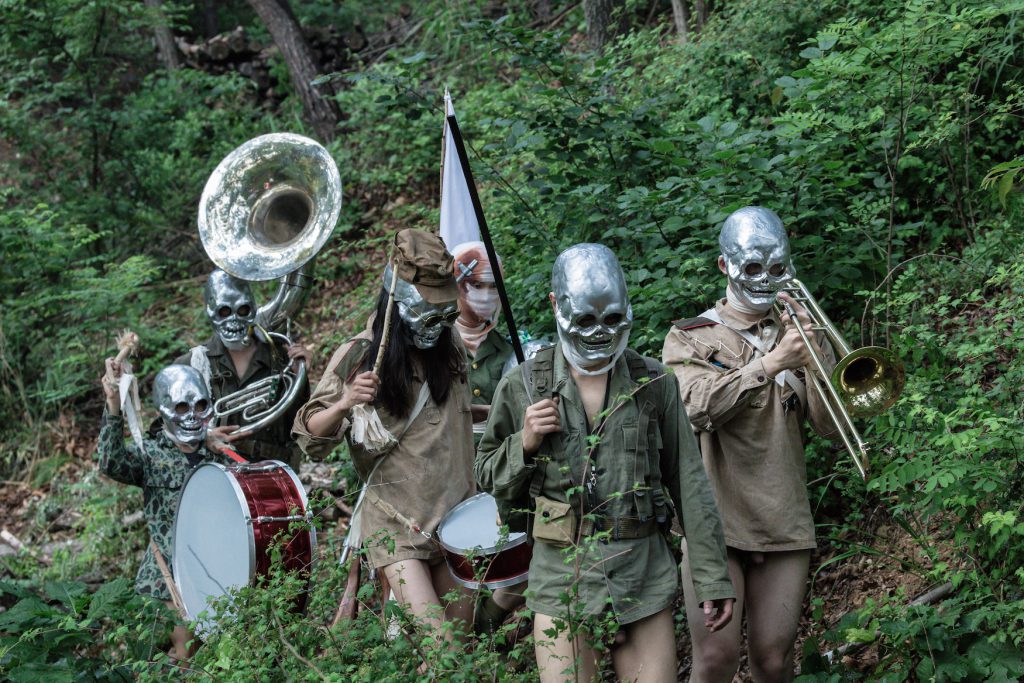 Artist and filmmaker Park Chan-kyong was born in Seoul under the reign of Park Chung-hee, whose authoritarian rule transformed South Korea from an impoverished, war-torn country into what the artist describes as a ‘militaristic, repressive, modern state.’ The shadows of Japanese occupation and the Korean War loomed large over the period, driving the call for nationalism and productivity. Park Chan-Kyong’s works quietly resist that drive—they recall the lives that modernization too often ignores. Most of Park Chan-Kyong’s multimedia installations—which incorporate an array of found footage, photography, and vintage cinema—are slow and understated, almost abstract works. But a closer look reveals a shrewd take on Cold War politics and the formation of modern Korea. Rather than using the dramatic power of film to restage the past, Park finds meaning in voids and absences. With a sly use of text and montage, Park resuscitates stories that have been repressed or hidden from the official accounts, reminding us how present they still are.