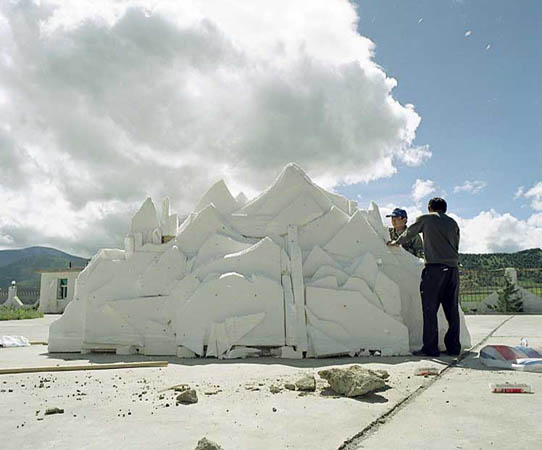 When she arrived in New York in the mid 1990s, Patty Chang became involved in the performance scene. Staging her own body in intensely difficult situations enables her to denounce problems she observes in contemporary society such as various excessive behaviors like eating disorders, as well as the sex trade, gender and cultural stereotypes, identity issues. Soon, she also used video and photography (like the Contortion series 2000-2002) to document her actions and extend her practice. By appropriating cinematic conventions, popular culture, pornography, literature and translation, Chang ceaselessly explores and subverts historical and current relations between East and West.

Patty Chang was born in San Leandro, California, in 1972. She lives and works in New York.