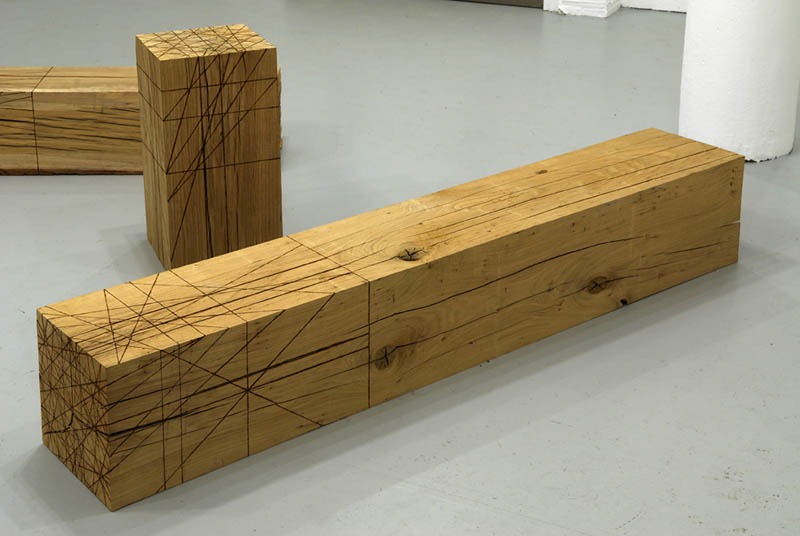 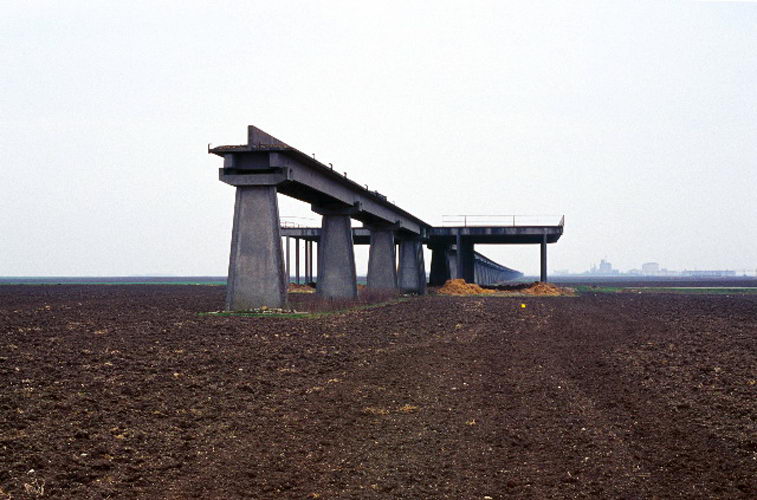 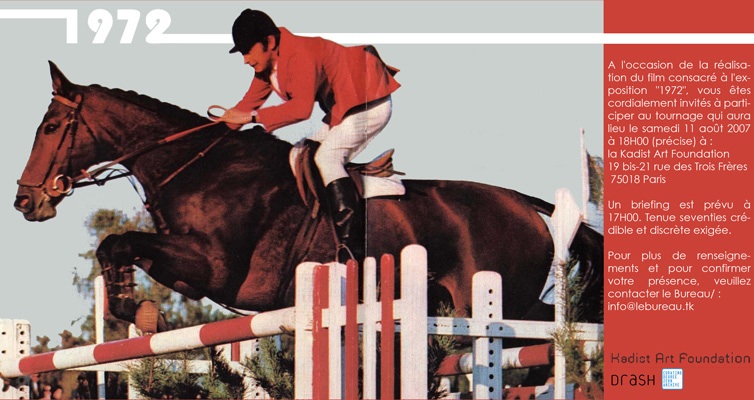 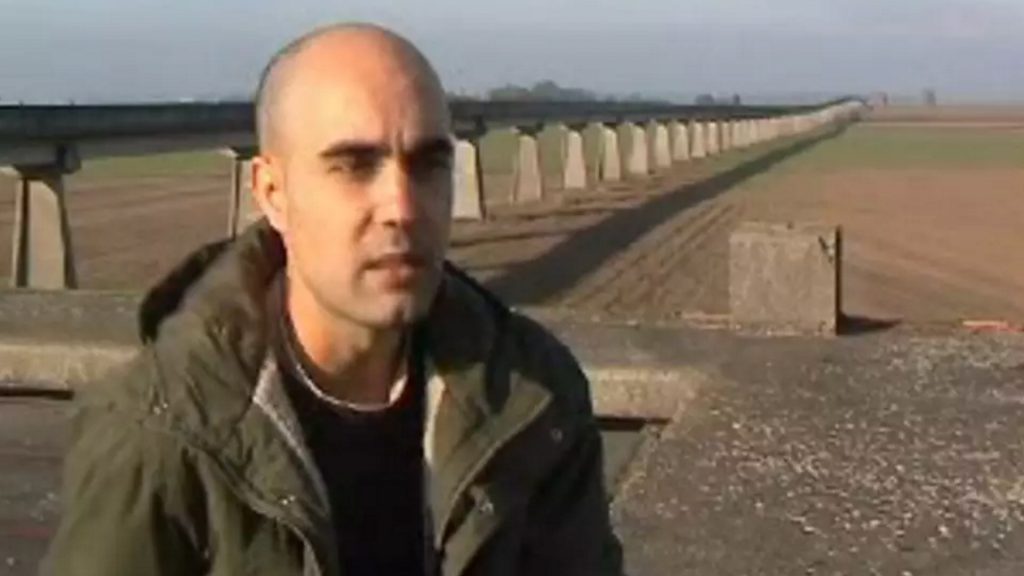 Raphaël Zarka presents himself as a sculptor and artist-collector. He scrutinises the contemporary world to draw up a genealogy of geometric forms. He is constantly noticing Plato’s polyhedrons (speculative geometric forms) materialized in concrete breakwaters (Les formes du repos series/The Forms of Rest). His work highlights the fact that the ‘survival of forms’ (Aby Warburg) takes place in today’s world in functional and concrete environments. The artist acts with the curiosity of the Renaissance humanists in their studio (Studiolo, 2008), but he has adopted a thinking structure where dichotomies and the methodological boundaries of Art History are banned. With his typical transversal approach, the artist has started theoretical research into the urban practice that is skateboard by publishing essays and realizing artistic projects. In Riding modern art  (Lyon Biennale, 2007), he confronts photographs of the skaters performing on public sculptures with a sculpture by Katarzyna Kobro. The confrontation underlines that the movement is either of aesthetic potential for modern sculpture or a mechanical realization for skating. “It’s almost an insult to the mysteries of the world to think that we could invent anything or that we needed to invent anything”; this quote by Borgès has become the artist’s motto.
Raphaël Zarka was born in 1957 in Montpellier, France. Lives and works in Paris.