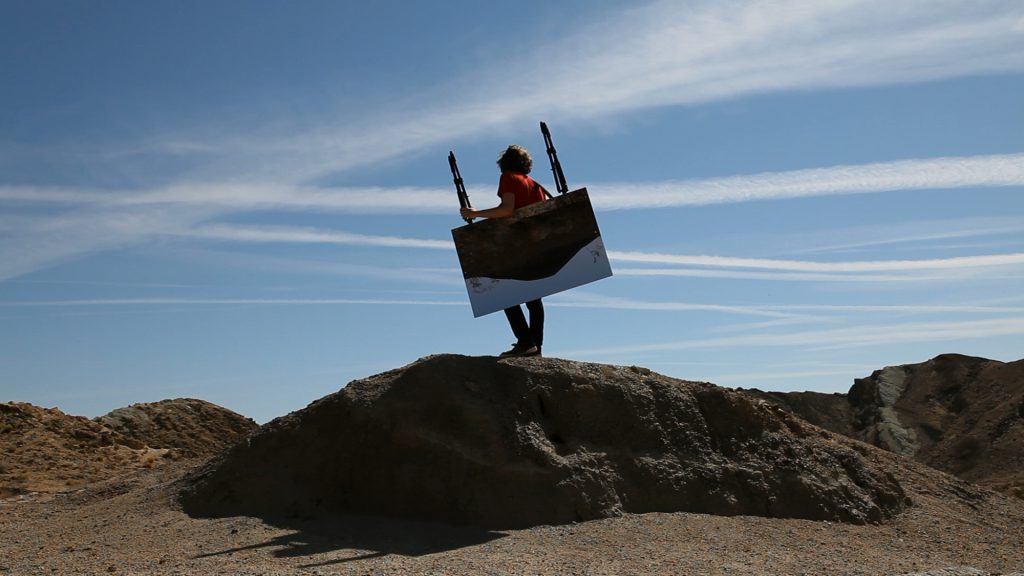 let this be us
Richard T. Walker

Richard T. Walker seeks out sublime landscapes, devoid of human intervention—often with vast skies punctuated by mountains—and transforms them into intimate settings to compose performative videos, with layered soundtracks. The videos are often presented with sculptures, instruments and images, that collectively speak (or sing) of the relationship between a single human life and the limitless expanse of the natural world. Originally from the U.K., Walker moved to California in 2007, drawn by the striking landscape of American West. Akin to 18th century Romantic figures such as Caspar David Friedrich, for Walker the sublime landscape is an arena in which he can explore strong human emotions and existential ideas: from the perception of the self and others, through to human solitude and our relationship to nature.

Biography
Born 1977, UK
Lives in San Francisco
Collection Artworks
let this be us