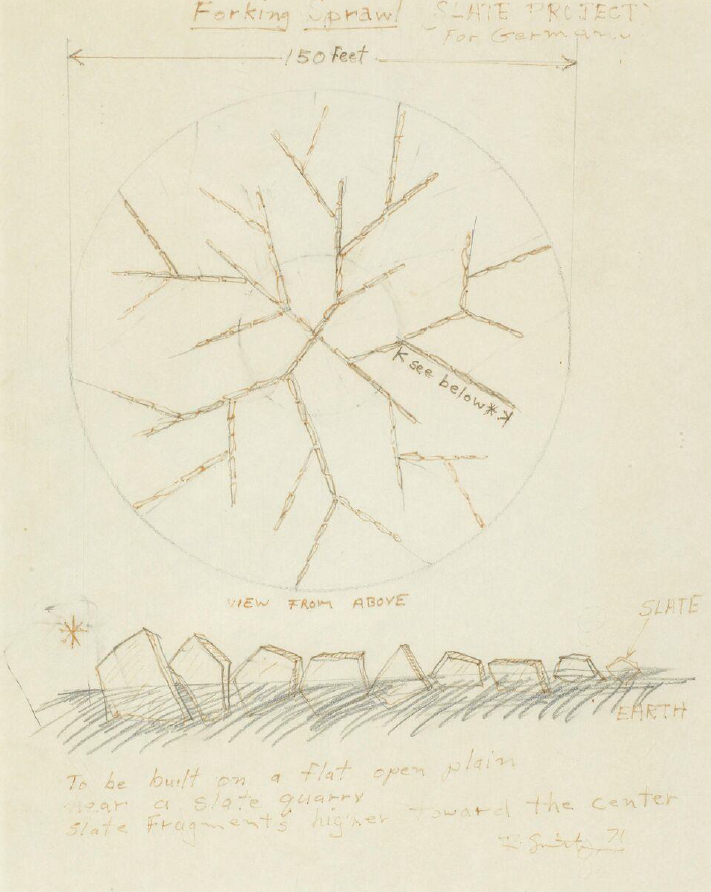 Artist Robert Smithson is best known as a major proponent of Land Art, visiting quarries, industrial sites, and abandoned wastelands in New Jersey and its surrounding states throughout the late 1960s. He would go on to work in the deserts of the Southwest, with his seminal Spiral Jetty, a land sculpture made of mud, salt crystals, and basalt rocks, produced on the northern shore of Utah’s Great Salt Lake. While his early work largely consisted of paintings and drawings, he later began to produce Minimalist sculpture before producing more monumental work, moving earth and land in order to create interventions that would alter the landscape. Alongside his visual practice, Smithson wrote a number of theoretical texts outlining the influence of temporal considerations and the relationship between a work of art and the surrounding environment to his work.