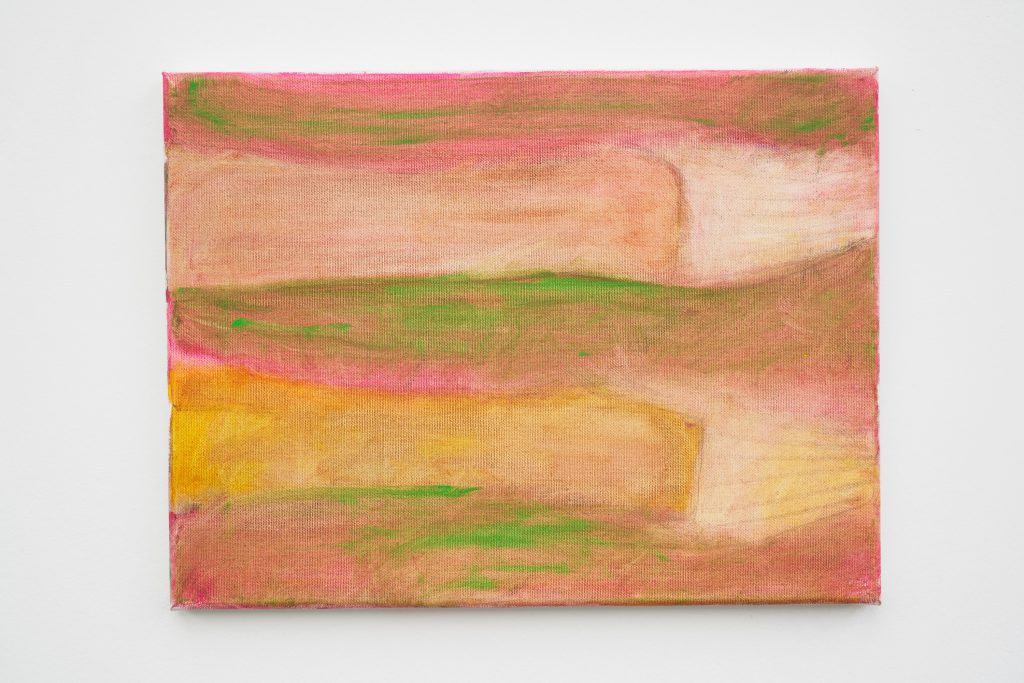 Rosalind Nashashibi is a filmmaker and artist based in London. Her practice includes painting, engraving and photography. Best known for her film work, she has more recently begun to focus on her painting practice once again. Drawing on a male-dominated history of painting, she confronts such work head on, most explicitly maybe with her portrait of the painter Gaugin following the 2017 film Why Are You Angry? made in collaboration with artist Lucy Skaer. The film reclaims the exoticized depictions of women painted by the artist and challenges the colonial and gendered violence that pervade in such work.

Where her paintings are both abstract and figurative, imbued with bright colors and vague forms, her films focus on the minute details of the lives of her subjects in their respective environments—from exiled mother daughter artists in Guatemala to friends and family in Gaza—in order to describe and explore different kinds of relationships. Her films present non-linear narrations, punctuated by scenes that reveal the power relations and intimacy between people, all while continually linking individual and collective histories.