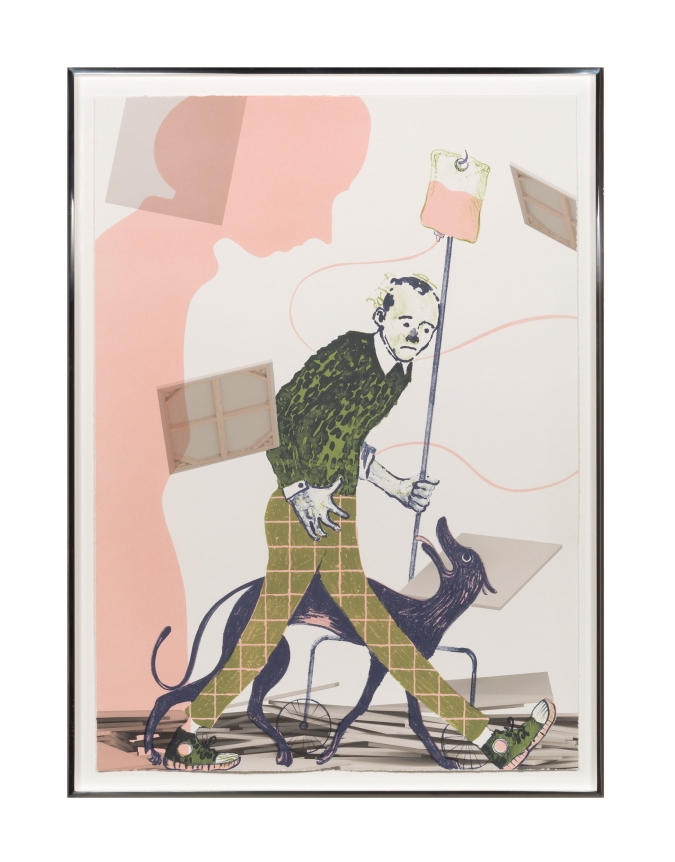 Artist and curator Sanya Kantarovsky works across mediums to grapple with embarrassment and shame, emphasizing alienation through exposure of that  which is deeply personal. The figures portrayed in the artist’s work are caught in the midst of vulnerability, and interact directly with the edges of the medium at hand, as well as the other denizens of Kantarovsky’s compositions. The works contain a dark humor reminiscent of the occasionally melancholy modern Eastern European literary aesthetic, but also references figures both canonical and on the periphery of art history. As such, Kantarovsky uses this uncanny sense of embarrassment to both refer to his regional heritage, as well as cast a similarly uneasy shadow over the works from which he draws inspiration.