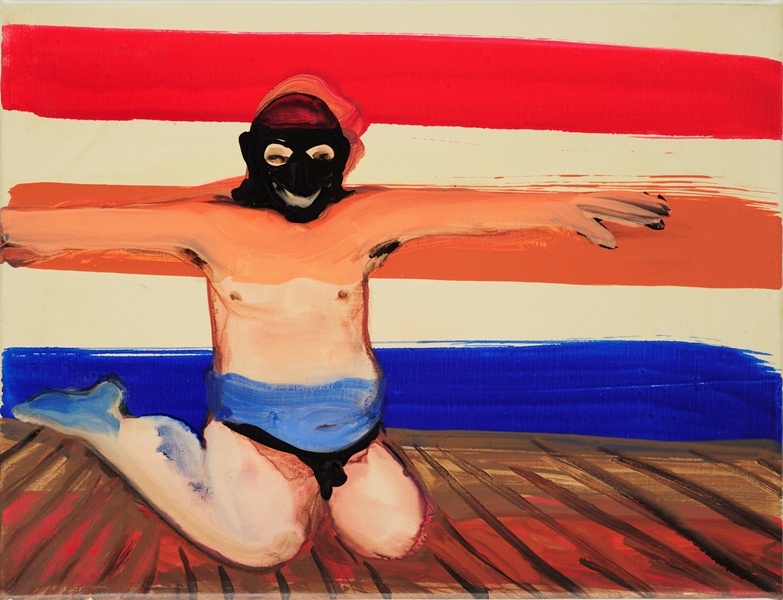 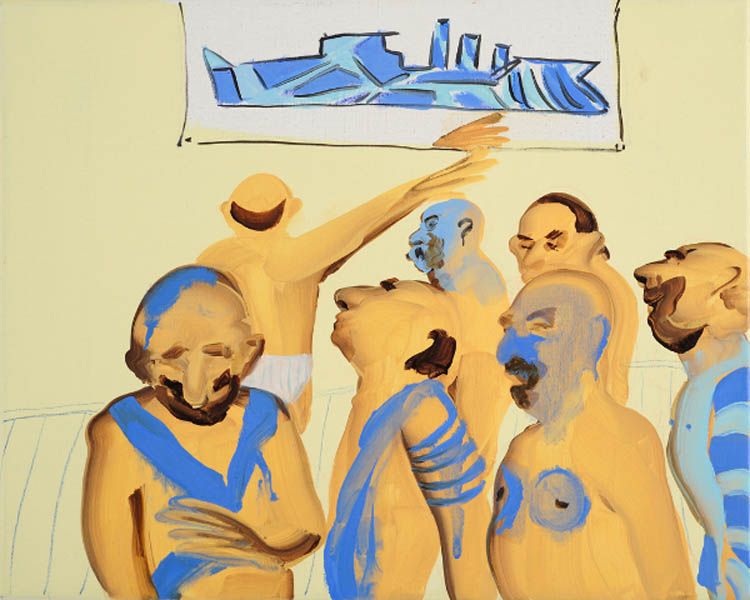 Madani’s paintings have a caricatural quality that suggest a satirical intention. She only paints images of men. This came about initially because she ‘didn’t want to deal with the question of the veil, and I didn’t particularly want to sexualise the figures with perked up breasts, so ultimately I was left with men.’ Since making that statement she has expressed an interest in depicting spaces ‘designated for men only’.  Madani’s work can be interpreted as a comment on an overbearingly patriarchal society, whether in Iran or indeed any Western country. Her cartoony paintings expose ethnic and gender stereotypes with a lightness of touch that belies their punch. The painterly nature of Madani’s approach has led her to make films composed of freeze frame shots of paintings that she changes from shot to shot.
Born in 1981, Tala Madani is a young Iranian artist who has lived outside Iran since the age of 14. She currently lives and works in New York and Amsterdam.