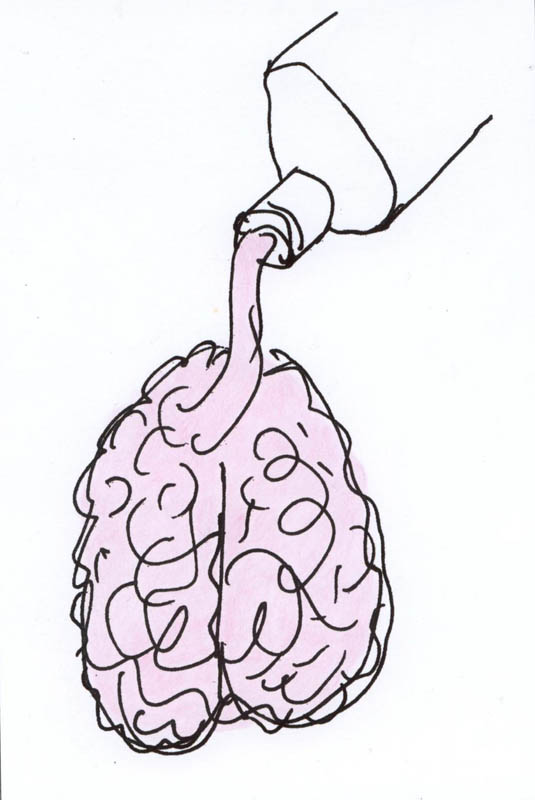 Tarrop & Galbel is a  group of artists working together since 1993 and whose main objective see to challenge the more prevalent social values. Religion, trade in all its forms, the society of easy entertainment and empty spectacle (from sports to theme parks), military orders or media, nothing escapes the furious cynics who work in order to  seem to work for “fool” anything that alienates man and his conscience.Taroops & Glabel’s work is somewhat in keeping with their spirit: working surreptitiously, changing just one word, one comma, one small detail to alter everything. Essentially, their work consists of impeccably produced panels, graphic pages, humorist comic drawings, as well as installations, such as large-scale adhesive plastic letters and drawings. In one piece, the name Jesus Christ is laid out in beautiful black capital letters on a lustrous bronze ground followed by one small clinching detail – a circled R, the symbol for registered, transforming the piece into a sign for a vulgar commercial brand. Such is the impression one gets from Taroop & Glabel: certitudes are shattered, yesterday’s comforting words, maliciously singled-out and laid bare, become ridiculous but no more than the mottos we use today and to which we grant so much importance. Their name is a play on words or rather a lighthearted allusion to the “third eye,” only expressed in French, but then again without certitude.
They live and work in Paris and Laffaux.